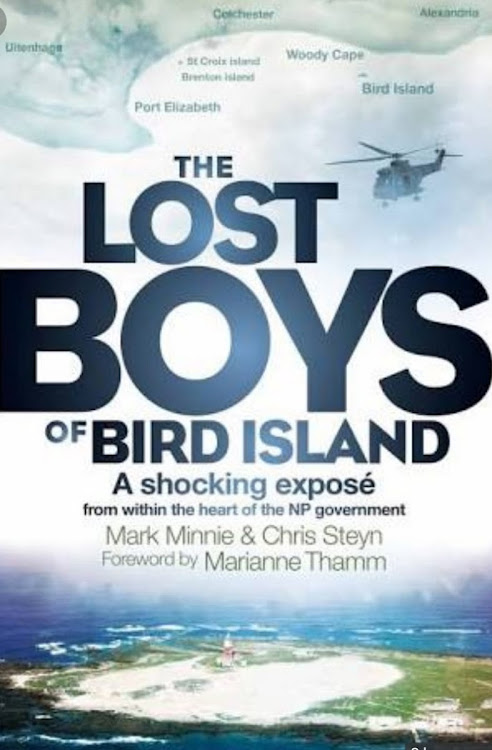 The lost boys of Bird island

The gruesome details contained in the book, The Lost of Boys of Bird Island, about how apartheid-era cabinet ministers ran a paedophile ring violating young coloured boys is no fairytale.

After the release of the novel this week, a new victim of the alleged paedophile ring has come forward and spoke about his experience for the first time in 30 years.

The 44-year-old father of two related to Die Burger newspaper how former minister of defence Magnus Malan cruelly masturbated him until he bled. He was 13 years old at the time.

The book, written by a former undercover narcotics agent, Mark Minnie and former Cape Town journalist Chris Steyn, lifts the lid on the ring operated at a house on Bird Island and masterminded by influential apartheid ministers, and how they molested mostly coloured children from areas around Port Elizabeth during the 1980s.

The book accuses him and his crony, environmental affairs minister John Wiley, who died in March 29 1987.

The authors claim a third minister from the then National Party cabinet, led by PW Botha, who passed away in 2006, was also part of the ring.

Steyn said after the release of the book a man has come forward and encouraged more others to do so on his Facebook page. “I just want to thank every brave person who has come forward with information following the publication of The Lost Boys of Bird Island.

“I wish we had a cold case squad to process everything immediately.”

“At this stage no foul play is expected.”
News
4 years ago

The man speaks about the vicious crime he suffered. He told Maygene De Wee of Die Burger how he was kidnapped near the City Snacks Pool Den in North End, Port Elizabeth.

In the book, Minnie writes that the place was “a popular hangout for pimps, sex workers and drug dealers and the perfect spot for paedophiles to pick out a young boy left to his own devices”.

But unlike some of the victims in the book, this boy was no regular at the spot or a runaway.

On that particular Friday night in 1987, he and a friend were at the games arcade at City Snacks. At 11pm, the two decided it was too late to trek back to Bethelsdorp where the victim was meant to spend the weekend with an aunt. They started walking towards a friend’s sister’s place that was 4km away.

But a blue VW kombi with curtains, followed them and chased them. His friend got away but he was cornered when he ran into a dead-end street.

Two white men pounced on him, tied his hands and threw him inside the kombi. Inside, there were four other coloured boys.

Three of them were drinking and seemed comfortable. He was forced by five white adult males to drink liquor at gunpoint until he lost consciousness, only to wake up hours later in bed next to a naked snoring man he identifies as Oom Een.

His hands were still tied, he was in pain and knew he had been violated.

He was then made Malan’s “wife” for the evening in an ordeal that lasted a few days.

After the ordeal, the boys were blindfolded and dropped off at Malabar, a predominantly white area, and told to run and not look back.

The boys never told anyone of what happened in the Tsitsikamma house.

The man said he only realised in 1991 when he applied at the army who Malan was, and even crossed paths with the then minister when he met him at the army base, but never had the guts to confront him.

Since the incident, he said he wrote countless letters about his ordeal but never sent anyone of them. Today he is a married father of two children and works at a local church where he helps abused boys.