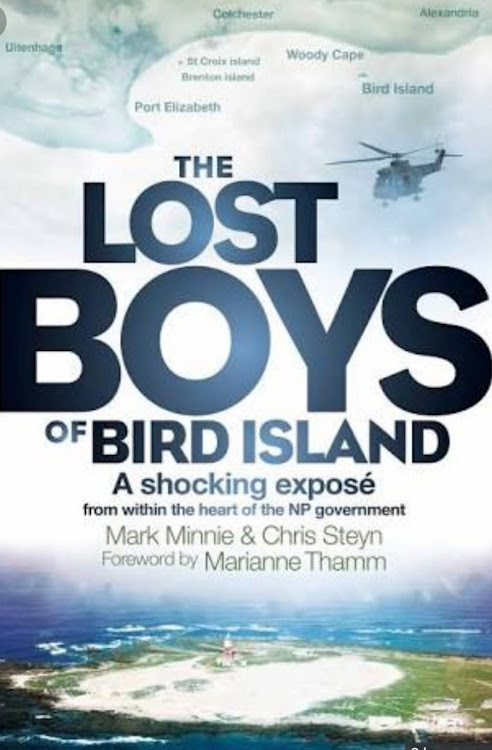 The cover of the book implicating apartheid ministers as part of a pedophilia ring.

Three former National Party ministers‚ including Magnus Malan‚ have been identified as central figures in a paedophilia ring that operated during apartheid.

News24 reported on Sunday that investigations into Malan‚ a former defence minister who died in 2011‚ John Wiley‚ former apartheid minister of environmental affairs‚ and a third person who is still alive‚ were halted by the police and the investigating officer hounded from service in the 1980s.

The explosive allegations are contained in The Lost Boys of Bird Island‚ a book by former policeman Mark Minnie and ex-journalist Chris Steyn‚ released for sale on Sunday.

The three were allegedly involved‚ along with the late Port Elizabeth businessman John Allen‚ in ferrying coloured minors to Bird Island in Algoa Bay near Port Elizabeth.

The book claims the children were molested and forced to satisfy the older men’s sexual fantasies.

Malan died in 2011‚ while Wiley and Allen both allegedly committed suicide in 1987.

The third minister’s identity was withheld by the publishers‚ based on legal advice.

One child was maimed when a gun was allegedly thrust into his anus and the trigger pulled. He was transported by helicopter to a local hospital.