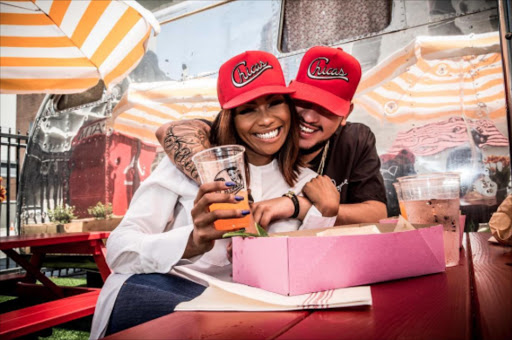 Several weeks after rapper AKA took to social media to claim he broke up with media personality Bonang Matheba‚ the rapper has addressed their apparent split and claimed he was still dealing with the loss.

The hitmaker released his latest single‚ Sweet Fire‚ last week where he touched on lost love.

"One thing about love it could drug you‚" AKA declares at the start of the track‚ before claiming that "he can't do it like I do."

Speaking to 5FM's Thando Thabethe recently‚ AKA confirmed the track was about losing music icons and also losing love in a relationship‚ but refused to share details on his alleged breakup.

"If I was any less of a guy‚ I would just stand here and tell you the whole story. But I think when you love somebody and you respect somebody‚ you leave that type of stuff between each other."

AKA claimed that he was not yet over his ex and was not dating again.

Still‚ many fans have expressed doubt that the breakup was real. To add fuel to the fire‚ a picture of Bonang and AKA surfaced on social media last week.

Twitter CSI pointed out that B was wearing the same dress that she did at a Cape Town wine farm.

Is it safe to assume that AKA and Bonang aren't broken up? Coz this is the same outfit she wore when she was at that vineyard in Cape Town, a few weeks after they supposedly split 🤔 pic.twitter.com/Xv0mFb0Kib