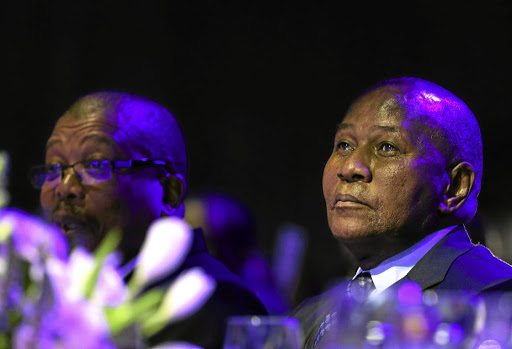 Kaizer Chiefs chairman Kaizer Motaung was attacked with a brick while driving in his car to Chiefs Village in Naturena by an angry man demanding R1-million from his club on Wednesday.

"He appeared in the Johannesburg Magistrate's Court and was remanded in custody. He will appear in the same court for bail application on Tuesday," Makhubela said.

Kaizer Chiefs boss and businessman Bobby Motaung is set to lose his R3.2-million Bentley Continental GT to the bank. That is because Motaung has been ...
News
4 years ago

Our deep throat, who didn't want to be named, said Mbotho banged Motaung's car with a brick after the former footie allegedly ignored his repeated requests to meet him about an amount of R1-million he claims he won in a soccer competition ran by one of SA's giant cellphone companies.

It is not yet clear which competition he was referring to.

"This man has been camping on the road next to the entrance of the village holding a placard. While there, he wrote several letters to Chiefs staff demanding to have a meeting with Motaung about the money.

"They ignored his letters because they thought he was mentally ill. But what surprised us was the rich and intellectual English that he used in his letters," said the mole.

Kaizer Motaung has called on all South Africans to unite in supporting Bafana Bafana in their must-win 2018 World Cup qualifier against Senegal at ...
Sport
4 years ago

The tipster said they were shocked when the man attacked Motaung with a brick on Wednesday.

Suspecting that he was being hijacked, Motaung sped off to the village entrance and ordered the security guards to rush to the scene to investigate the matter.

When the security guards arrived at the scene, they allegedly found Mbotho armed with another brick, hopping mad.

The guards disarmed him and detained him at the Chiefs Village.

He told the guards that he wanted Motaung's audience about the R1-million he was told to collect from the club, which he claims he won from a cellphone company.

It has been confirmed to TshisaLIVE that kwaito star Anthony ‘Tsekeleke’ Motaung has died. Details around his death are unknown at this stage but his ...
Entertainment
5 years ago

They then phoned the police who arrived and arrested him.

Attempts to solicit comment from Motaung drew a blank as his cellphone rang unanswered.

He also did not respond to the text messages Sunday World sent him.