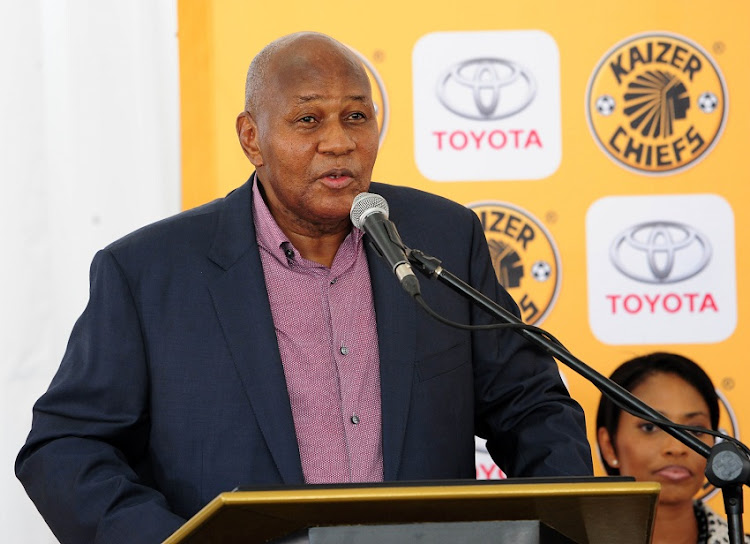 Kaizer Motaung has called on all South Africans to unite in supporting Bafana Bafana in their must-win 2018 World Cup qualifier against Senegal at the Peter Mokaba Stadium in Polokwane on Friday night.

Bafana have to beat the Lions of Teranga to maintain slim hopes of qualifying for the global showpiece.

“Foremost‚ I wish Bafana Bafana all the best against Senegal and I am firmly behind our national team‚” Kaizer Chiefs' chairman and founder said.

Motaung urged people in Limpopo to converge at Peter Mokaba Stadium in their numbers and give Bafana an advantage by creating an intimidating atmosphere that can unsettle Senegal.

“This being a home fixture‚ the visitors must feel the pressure not only on the pitch but from the stands too‚” Motaung told his club's website.

“The squad experienced some challenges at the beginning of the camp this week but I am glad to see that all is right now. All the players are there and the preparations are in full swing.

“In fact‚ looking at the way things are shaping up‚ there is light at the end of the tunnel – having to overcome challenges can shoot a team to victory.”

“Positivity should carry us through to win these two matches. Senegal are a great team and their star player Sadio Mane showcases his immense talent for Liverpool in England.

“I was happy to hear coach Stuart Baxter commenting that they [Bafana] will not focus on an individual player but rather on their own strategy‚ tactics and strengths.

“There’s a lot at stake in this match. Remember we have tasted hosting the World Cup in 2010. We also participated in the 1998 World Cup in France as well as the 2002 World Cup in South Korea and Japan.

“The World Cup is a big stage for every football nation. Its impact on the nation is immeasurable.

“I have a firm belief that with the right frame of mind and determination‚ the guys will win this match. I wish the team once more the very best – let us unite in supporting the team on Friday‚” concluded Motaung.