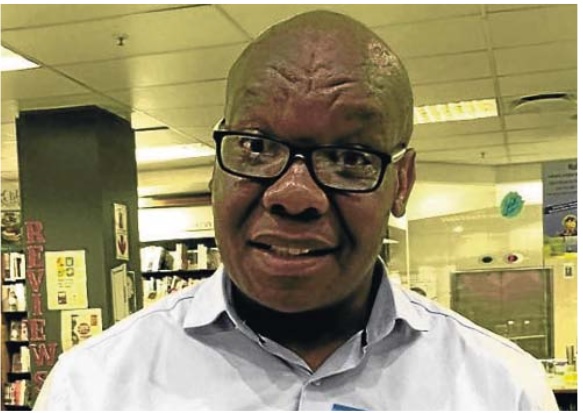 Police found a note in Joe Maila's wallet after he was found dead at a shooting range last week.

That is according to internal information that Gauteng police spokesman Lungelo Dlamini sent to his colleagues in the cluster last week Friday.

Sunday World saw a WhatsApp message that Dlamini sent to his colleagues in which he said police officers who attended the scene found a suicide note in Maila's wallet.

The ministry of health released a statement informing the public about the death of Maila, saying that he accidentally shot himself at a shooting range in Pretoria.

Maila was a hard-working government communicator

It is with sadness that I send words of condolences to the family of the late Joe Maila, spokesman for the Department of Health.I knew Maila long ...
Opinion
4 years ago

It is understood that more drama followed when a pregnant woman showed up at Maila's funeral and claimed to be carrying his baby.

Dlamini confirmed sending the message to the cluster but said it was not meant for public consumption or for the media.

"That was an internal communication and it's not for the public or media. I got the message from the station. How did you get it?," he asked. Dlamini said there was now an inquest into the unnatural death.

"After the investigation is finalised, the case will be taken to an inquest court," he said.

Maila's family spokesman, Benny Boshielo did not deny or confirm allegations that Maila committed suicide and that his side chick was pregnant.

"The family has laid to rest Buti Joe following his painful and tragic death... The family would like Buti Joe's soul to rest in peace and to be given space to mourn with dignity without any media harassment. It is very painful to the family to have lost Joe and the family is still trying to come to terms with the fact that Joe is no more.

Joe Maila‚ the spokesperson for Health Minister Aaron Motsoaledi has died‚ the ministry announced on Friday. “It is true that he has died‚” health ...
News
4 years ago

"The family will not discuss family issues or any matters relating to his passing with the media or in public," he said.

The details of Maila's alleged suicide were also confirmed by a staff member at the shooting range who was on duty on the day of the incident. The staff member, who asked not be named, said the incident has left them traumatised.

He said Maila was not under supervision as he presented the organisation with his firearm licence.

"He booked a week in advance. Upon arrival, he was calm although not very chatty. We showed him around, gave him a firearm and let him practice," said the employee.

"He shot himself in the mouth," he said.

An official of the health department, who also spoke to Sunday World on condition of anonymity, said Maila was going through a rough patch.

"He was living multiple lives and those lives were now colliding. Even the minister (Motsoaledi) knew about some of his problems. They tried to help him but he made them believe that he was coping," the official said.

Motsoaledi said he was not aware of the suicide allegations.

"I can't confirm or deny the information, because what we communicated as the department was what we were told by the police," said the minister.

He denied that he was privy to Maila's problems including that the deceased had approached him for advice.

Zakes Bantwini has joined mourners in paying tribute to late jazz musician‚ Theo Bophela who died at his home in Inanda‚ KwaZulu-Natal this week.
Entertainment
4 years ago

"I was never approached by him to advise him on his personal life," he said.

Also among the issues covered in his suicide note, according to the officers who saw the note, was information about his pending departure from the ministry of health to rejoin the Limpopo provincial government as a spokesman in one of the departments.

On Maila's financial challenges, the officers alleged that he said his family home in Limpopo was about to be repossessed by the bank because he had failed to pay.