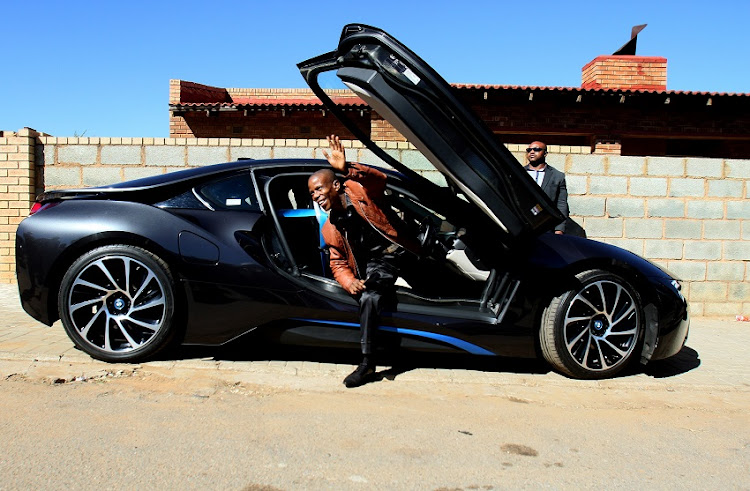 Mboro is organising a march to Soweto TV as the station is refusing to show the sex 'testimony'.
Image: Sandile Ndlovu.

Incredible Happenings Ministries leader Paseka "Mboro" Motsoeneng watched in shock as a Joburg couple he prayed for to regain its libido bonked in front of him and his camera crew at their Zonke, Ekurhuleni home last month.

But Soweto TV bosses, where Mboro has a weekly Sunday show, would hear none of it and refused to beam the couple's "testimony" on air, arguing it contained pornographic material. Now Mboro and his congregation are organising a mass protest to be staged outside the Soweto TV studios to force the powers that be to flight the episode.

Controversial Pastor Mboro had a stern warning to celebrities‚ who says only support each other when their fame is high‚ but disregard people when ...
Entertainment
4 years ago

Mboro confirmed that Joseph Chabangu and his wife Thabisile shocked him and his crew when they made love in front of them after he helped them regain their libido.

"Thabisile came to church a while ago and complained that although she was blessed with three children and recently got a promotion at work, she was sex-starved because her husband suffered from erectile dysfunction," he said.

Mboro said Thabisile suspected that jealous people might have conjured up an evil spirit or cast a bad spell in their bedroom. "I went there and entered their bedroom and asked them to put their hands on their private parts. After that I prayed for them and the husband immediately regained his erection," he said.

Mboro said he asked the couple, who was seated on the bed, to get under the sheets so he and his crew could film their "testimony" for the TV show.

"They spent four months without having sex. They said they were 'hungry'," he said.

Mboro said they filmed the couple giving its "testimony" but blurred the part where their hands were playing with their private parts.

He said to his chagrin, Soweto TV bosses said the "testimony" was a blue movie and refused to air it. "What is pornographic about blurring the area where the couple's hands are seen in their private parts? This couple wanted to give its testimony and they are refusing it the right to do so."

Mboro said they were organising a march to the TV station's studios because they are prejudicing him.

"Every weekend we watch movies which have episodes where people are shown having sex. Here there is no sex but they can't show it. They have not shown two of my shows as a result of this dispute," he said.

Charismatic pastor Paseka “Mboro” Motsoeneng has withdrawn his application for an urgent interdict in the High Court against the Commission for the ...
News
4 years ago

"After asking him at church to pray for us, he came to our house and prayed with us.

"My husband got his erection back and when he came back from outside to call the crew to film our testimony, we were already busy having sex. We just couldn't wait as it had been long since we had sex.

"I apologised to Ntate Motsoeneng for doing that because that was embarrassing ..."

Her sentiments were echoed by her husband Joseph. "Ntate Mboro helped us a lot, after four months of not being intimate, we are now happy again. I got my erection back," he said.