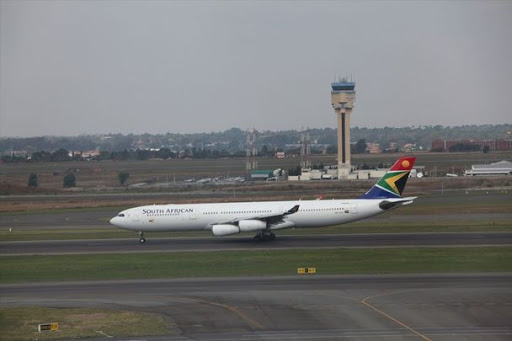 State-owned entities present a major fiscal risk to the economy but two of them‚ South African Airways and the Post Office‚ will receive R8.5-billion in government funding‚ putting the country’s carefully maintained expenditure ceiling at risk of a R3.9-billion breach.

Finance minister Malusi Gigaba announced in his Medium-Term Budget Policy Statement (MTBPS) that SAA was due to receive a further R4.8-billion in addition to the R5.2-billion it received earlier this year.

This brings the total bailout of SAA to R10-billion in this financial year alone on top of the many other billions it has been receiving from government as it struggled to stay afloat on its own.

The financially troubled SA Post Office has also been allocated a cash injection of R3.7-billion as part of Gigaba’s adjustments to the national budget presented by his predecessor‚ Pravin Gordhan in February.

Gigaba managed to find new money for the embattled SOEs despite Gigaba drawing a line in the sand for the badly managed publicly owned companies.

“As the shareholder we are tired of being dragged into crises by those we employ to govern and manage state owned companies. This must end.

“The trend of SOCs seeking bailouts to finance operational expenditure‚ inefficiency and waste must also be brought to an end‚” he said.

Gigaba said government was also aiming to rope in a strategic equity partner as part of the turnaround plan for SAA.

Gigaba said that “recent years have seen several worrying developments with regard to state-owned companies‚ with governance failures‚ corruption‚ operational inefficiency and the need for government bailouts”.

As a result‚ they had developed “a poor reputation with the public at large” and had become “a major fiscal risk to the country due to government guarantees of their debt”.

In a bid to avoid breaching the debt ceiling‚ the impact of which would be “quite severe“‚ the government is considering selling off assets.

The decision about which assets will be made by March next year and they are hoping to raise R3.9-billion from the sale of assets to cover the fiscal debt ceiling.

Telkom shares which could fetch between R14-billion and R20-billion have been widely punted as up for sale but Treasury director-general Dondo Mogajane said these were performing well and so “we wont get rid of it just like that — maybe just a little bit“.

He said that after meeting with the recently installed SAA board‚ he would pronounce on plans to bring in a strategic equity partner.

The largest of these at R350-billion is to Eskom.

In his speech‚ Gigaba lists Eskom’s governance issues as “a major concern” and its “failures of governance‚ leadership and financial management” as “of grave concern”.

“As government guarantor over a significant portion of Eskom’s debt‚ it has become a significant risk to the entire economy‚” he said.

“Eskom is simply too important to the country to fail and we will not allow it to‚” he said.

He promised that a new board would be in place at the power utility by the end of November‚ and together with that board‚ a “credible” management team would be put in place.

Figures presented in the MTBPS indicate the state owned entities are becoming less profitable. Combined profitability of the entities measured by return on equity‚ declined from 7.5% in 2011/12‚ to just 0.2% in 2017/17.

“Lenders‚ alarmed by governance failures‚ are taking a more active stance” with state owned entities struggling to raise debt‚ or having to refinance at higher rates.