Wits' Mxolisi Macuphu dreams of a double this term 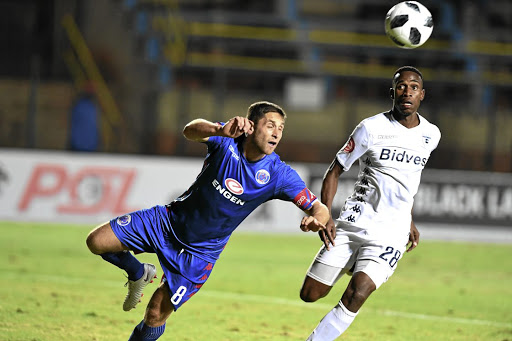 The Clever Boys are still in with a chance to win the Absa Premiership and the Nedbank Cup where they'll play Real Kings at Sugar Ray Xulu Stadium tonight (8pm).

Wits are sixth on the table with 38 points, 10 behind log leaders Kaizer Chiefs who they are still going to play twice.

"If you can see in the league, every game there is something new. I believe in the team and the coach. We still have nine games in the league and anything is possible," Macuphu told Sowetan yesterday. "We would love to win the double and we are not giving up now.

"We don't have a trophy this season and this is something we are looking forward to and it's going to be an exciting game."

However, Macuphu knows they must tread carefully against Kings. "It is a cup game and anything is possible. I think they have a good team. we just have to be ready.

"They've got nothing to lose, but everything to gain as they will be fighting to be seen on TV and hopefully get signed by other teams. Mentally, we have to be strong. We have seen what the minnows have done in the past in this competition," Macuphu said.

"I did watch their game against Ajax Cape Town and they got some good and experience players like Thulani Cele and Edward Manqele. They are a good team," said Macuphu.