SA's qualified lot certainly no 'bunch of winners' yet 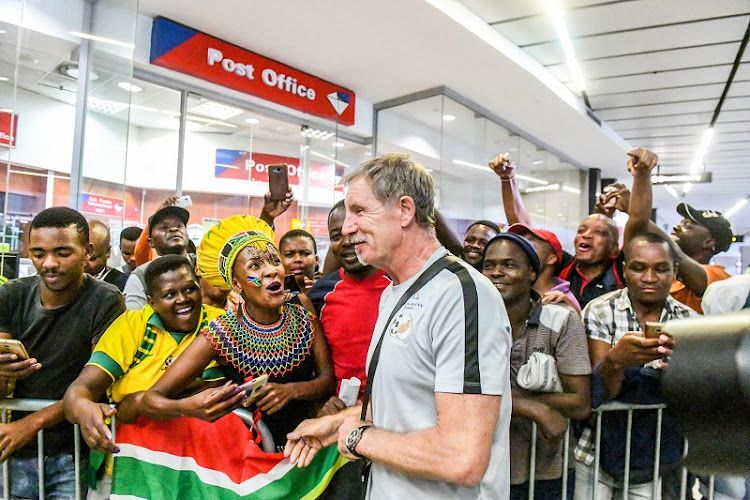 After the elation, now for the reality. The overwhelming excitement that followed Bafana Bafana's qualification for the Africa Cup of Nations (Afcon) is understandable for a country which has, for years, been so used to disappointment by the national team.

But any celebration should be accompanied by a reality check. For starters, Bafana had no business requiring a point in Sunday's final match in Tunisia against Libya.

They could and should have sealed their spot among the finalists earlier, but will go down as the only team from whom the Seychelles got a point in Group E.

It was commendable that on an intimidating Sunday evening at Sfax, they showed mettle to return with a much-needed away victory to silence sceptics who had expected the worst.

But whether our country should have celebrated qualification as if it was the 1996 Afcon glory all over again is questionable.

World Cup is the ultimate dream for Bafana, Jordaan says

Bafana are no Tanzania, for whom qualification for the first time in 39 years meant each player was allocated a plot of land by that country's president.

SA is a country which a mere four years ago were at the Afcon in Equatorial Guinea, hosted it two years earlier and has medalled three times in the post-isolation era.

Now for us to walk around as if qualification, fraught as it was, is equivalent to national heroism is deeply misleading.

The fact is, this was the easiest of all the qualification routes we've faced. For the first time, there are 24 out of 54 countries going to Egypt - instead of the usual 16.

Qualifying in 2015 was so arduous that teams like Nigeria and Egypt missed out. This time, only Zambia - the 2012 winners - are notable absentees. Otherwise, everybody who was expected to make it has made it.

Bafana to get bonuses - but only after the finals in Egypt

Bafana Bafana players are not expecting incentives bonanza for qualifying for the Afcon, but Safa will work out a bonus structure for the tournament.
Sport
3 years ago

But we've become so accustomed to mediocrity that what other countries see as a mere formality, we go on hyperbolic wild celebrations, which culminated into a mini-rally at OR Tambo airport yesterday.

Bafana's effort should be praised, yes, but the true measure of their progress can only be seen when the tournament gets under way.

It's only then that phrases like "bunch of winners", as seen from one notorious former minister this week, can be hauled out. For now they are just a "qualified bunch".