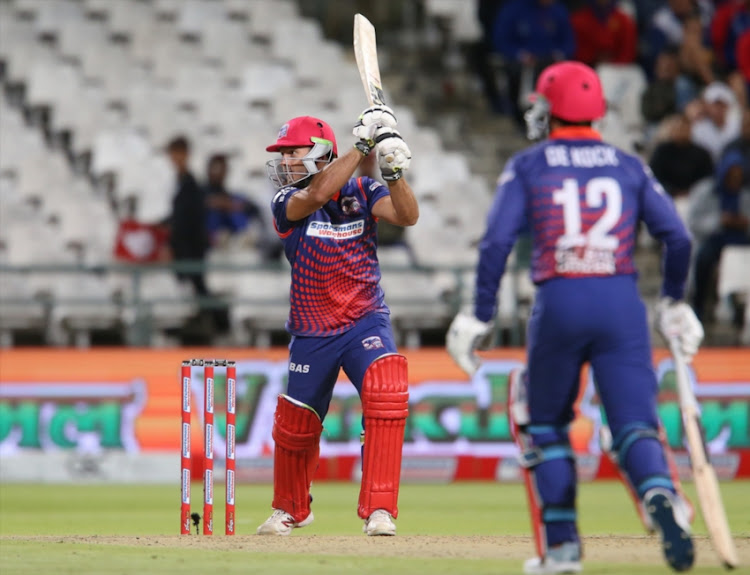 Getting to the Mzansi Super League summit has been relatively easy for the Cape Town Blitz.

Staying there has been another matter‚ especially after the handsome hiding at the hands of the Jozi Stars on Tuesday evening.

The Blitz are pretty much sorted from a play-off perspective.

Their 25 points eliminates Durban Heat‚ whose tournament ended on Wednesday after rain curtailed their crucial home game against the Nelson Mandela Bay Giants.

The Tshwane Spartans (10)‚ who narrowly beat the Paarl Rocks at SuperSport Park on Wednesday afternoon‚ also need to win their last three matches with bonus points to finish first.

The Rocks (13)‚ whom the Blitz host on Friday evening at Newlands‚ can mathematically still finish first if they collect a full 15-point house.

To do that‚ they'll have to beat their Cape neighbours‚ who could and should be better after Tuesday's hiding.

The Blitz's home defeat against the Stars brought home the realities of T20 cricket and it's fluctuations.

On Saturday‚ they recorded a double against the Spartans through a 60-run win in Centurion.

They'd beaten the Spartans by 49 runs in the tournament's opening game while they crushed the Stars by 62 runs on November 24.

The Blitz have the significant matter of the Cape Derby to deal and their captain Farhaan Behardien said there's going to be pressure on every team to perform.

“There's more pressure with every game now‚ especially at this stage of the tournament. Everything is in our hands now and we have to come out here on Friday night.

"They'll be fighting tooth and nail and so will we. Hopefully we come out on top on Friday‚” Behardien said

“What's really evident in this tournament is that there's a lot of pressure on everybody.

"Everybody is trying to find some of their rhythm and the Stars seem to have found theirs.

"We thought they were a batter light and if we could sneak a few quick wickets upfront‚ even though we were bowling well‚ we didn't pick up a wicket.”

While their Stars loss was their second one of the season‚ Behardien said they're not about to change what's been working for them.

However‚ Behardien said their middle order needs to come to the party and deliver.

That includes him as their top-order and their bowling has done the majority of the heavy lifting in the eight games.

“We don't want to complicate things. We've lost a couple of games but we've won a few games. Yes the middle order hasn't come to the party and that's evident.

"When the time comes and when it matters most‚ we'll be able to put our hands up and the situation will present itself‚” Behardien said.

“Our bowling has been spot-on for seven of the eight games and that's the nature of the game.

"It could have been Chris Gayle's night with him scoring runs and Reeza Hendricks failing but that's the nature of the game.

"It's ruthless and sometimes you have to take the hiding and accept the other team played better cricket.”