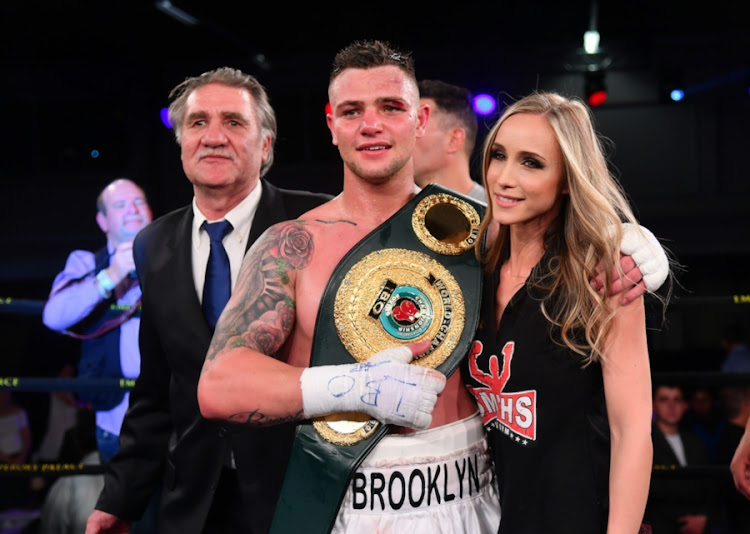 Part-time paramedic Kevin Lerena will take on a trained killer when he defends his IBO cruiserweight strap against Czech Vasil Ducar at Emperors Palace on Saturday night.

Ducar‚ who would be a strong contender for the most-polite-fighter-to-visit-SA-ever award‚ if there was such a prize‚ is a police officer back home in the Czech Republic‚ working in the specialist rapid response unit.

He’s tackled the scum of the earth‚ handling crimes from murder to drugs‚ even coming under gunfire at times.

The boxing ring is a safer place.

“Boxing is sport‚” he said with a smile‚ “and that [facing gun-toting criminals] is my job.”

The approachable Ducar was happy doing media interviews‚ even delaying his lunch to do so.

But he is considered a massive underdog‚ with a professional boxing resume of just eight fights‚ with seven wins and a draw in his shot for the Czech cruiserweight title last year.

Lerena is more experienced with 22 wins and a single loss.

In Ducar’s favour‚ Lerena’s record is identical to the one belonging to deposed world heavyweight champion Anthony Joshua following his shock defeat to Andy Ruiz Jr at the weekend (if one believes in omens).

Perhaps more importantly‚ Ducar does boast a pretty substantial amateur record‚ having had around 150 amateur boxing fights‚ of which he estimates he won 120 or so.

Lerena didn’t have an amateur career.

Ducar‚ who has also engaged in five mixed martial arts contests‚ said he wasn’t surprised by the offer from Lerena’s promoter‚ Rodney Berman.

“I got [another] offer‚ I was waiting half a year for offer for IBF title from Russia and twice my opponent was [injured].

“After that came the offer from South Africa so I take it and I’m so happy. This is my life‚ I want to travel to fights‚ get more experience.”

What does he know about Lerena? “He’s champion and a southpaw.”

Ducar‚ who fights out of the orthodox stance‚ isn’t worried.