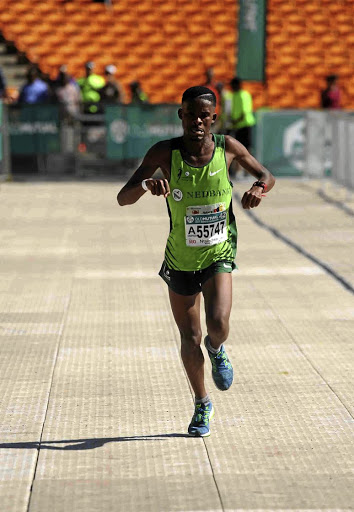 The Heroes Marathon, from Mthatha Airport to Qunu on Sunday, has been earmarked by runners who are still chasing a qualifier for the 2018 Comrades Marathon.

Heroes, now in its fourth year, will also be part of the Eastern Cape government's celebration of the life of former President Nelson Mandela.

For the first time in the history of the race, runners will be powered by the "African sub-finish bus" which has become synonymous with those chasing a qualifying time for next year's Comrades.

"We are helping people to qualify and we do it at no cost," said Vulithuba Sangoni, who drives the "bus" with running partner Madoko Ndhlovu.

"For many a runner, it's not easy to run a consistent pace for 42.2km and that's where we come in.

"We aid runners who are losing pace and having difficulty to keep up. Just find the flag and move with the African bus," Sangoni added.

Runners such as Ntsindiso Mphakathi are among the former champions of the Heroes Marathon.

The 27-year-old - third at the Soweto Marathon early this month - won the 2015 edition and was fourth the following year.

At stake on Sunday is the R50000 carrot for the first man and woman home.

"We are honoured to be part of the celebration of President Mandela's legacy," said Lungisile Molwana, the president of Athletics Transkei.