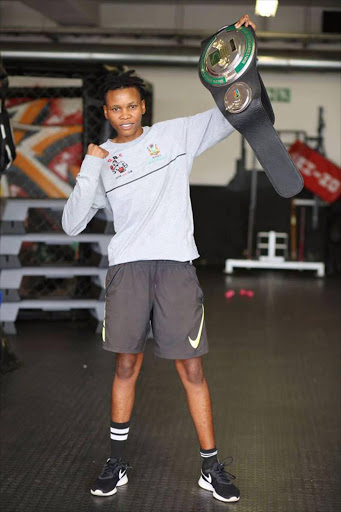 Bukiwe"Anaconda" Nonina's achievement of being the first local woman champion to claim the ownership of BSA's championship belt affirms her as the best female fighter of 2016.

This assertion was made yesterday by the champion's unassuming trainer Immanuel Neluoende.

Nonina is the South African bantamweight champion from iDutywa in the Eastern Cape. She is based in Giyani where Neluoende hones the skills of many boxers.

BSA, the Department of Sports and SABC will jointly organise the awards ceremony at the Inkosi Albert Luthuli International Convention Centre in Durban on January 28.

Any SA boxing champion is required to make five defences in order to claim outright ownership of the belt.

Nonina is the first to chalk up five defences since 2007, the year which saw the first batch of local female boxers fight competitively.

"Bukiwe deserves the award. That will be a proper recognition of her achievement," says Neluoende.

"Her ability to listen and practice what she is told is actually her best weapon. Bukiwe is so tough that it is a mission to get women to spar with her.

"She ends up sparring with my male boxers. I know that should not happen but what else can I do? I make sure that I am in full control of those sparring sessions."

Jegels and Fortuin are trained by former world boxing champions Vuyani "The Beast" Bungu and Welcome "The Hawk" Ncita, respectively.