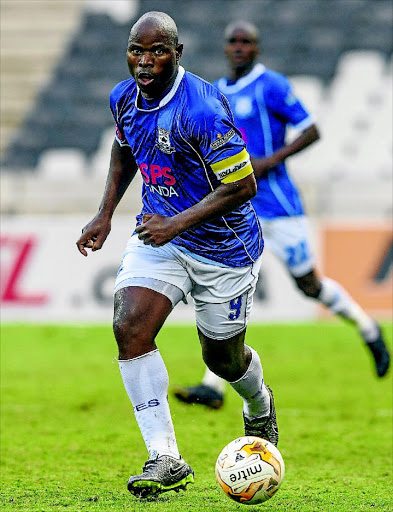 The two-horse title race between Mamelodi Sundowns and Bidvest Wits is sure to be a thriller, but the battle for third spot cannot be ignored.

All of Platinum Stars, Kaizer Chiefs, Mpumalanga Black Aces and even Orlando Pirates have a chance of finishing in third place, which comes with the honour of representing the country in the CAF Confederation Cup.

Aces - without a win in their last seven Absa Premiership matches - host fourth-placed Amakhosi at Mbombela Stadium tonight (7.30pm) with the aim of getting back to winning ways following a disappointing last couple of months in the Premiership.

Amakhosi will feel they should have been fighting for the title instead of third place, having messed things up recently with a poor run of results and a blunt attack which has not found the back of the net since February 23, against Polokwane City.

Tonight, Chiefs face an Aces side looking to add to their woes.

"Our target has been to finish in the top three. We are still fighting for that," said former Chiefs striker and now Aces captain Collins Mbesuma.

"Now we just need to start winning games again and I think we can get a good performance in our next match against Chiefs."

Mbesuma added: "It's going to be a tough game. Chiefs have struggled a bit and we have also struggled in the league. But we are well prepared. We got a win in the cup (against Maritzburg United) and I hope we can take that win to the game against Chiefs."

Amakhosi coach Steve Komphela has had loads of time to work on the team's problems after the Fifa break and Nedbank Cup fixtures they were not involved in recently.

The one area Komphela probably worked on most is up front, where Amakhosi have been wasting chance after chance.

Their defence also has to be organised to ensure they keep out their former striker Mbesuma, who is eager to add onto the 13 league goals he has after scoring in the Nedbank Cup last 16 victory over Maritzburg United recently.

"My target is to score every game and I will only count the goals at the end of the season. Now I just need to work hard and try to score again," said Mbesuma.