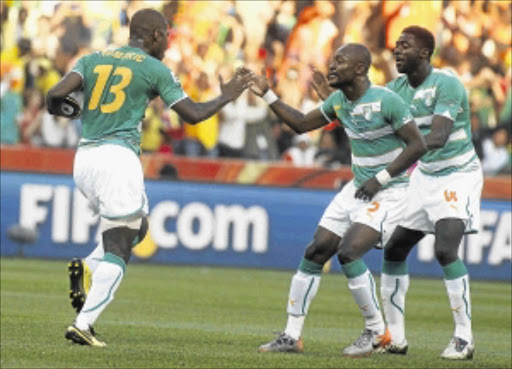 HALF of the finalists for next year's Africa Cup of Nations have revealed details of all or some of their pre-tournament preparations, with the Middle East again a favoured destination for warm-up training camps.

The 2012 runners-up Ivory Coast and Tunisia will again be going to Abu Dhabi in the United Arab Emirates for their training camps and will be joined this time by Ghana. The Democratic Republic of Congo are going next door to Oman, where their coach, Claude le Roy, previously worked.

But none of Bafana's opponents have yet revealed their hand.

Morocco's coach Rachid Taoussi announced two brief training camps for home-based players and a friendly against Niger in the next fortnight, but says his bosses are negotiating for friendlies against Botswana, Ethiopia, Nigeria and Zambia in the weeks leading up to the finals.

Angola have announced they want to be based in Johannesburg throughout the tournament even though they play at Soccer City, Moses Mabhida Stadium in Durban and at the Nelson Mandela Bay Stadium in Port Elizabeth in the first round.

Ethiopia: Sent a B team to the east and central African Senior Challenge Cup in Uganda, ending December 8.

Nigeria: friendly vs Catalunya in Barcelona on January 2.