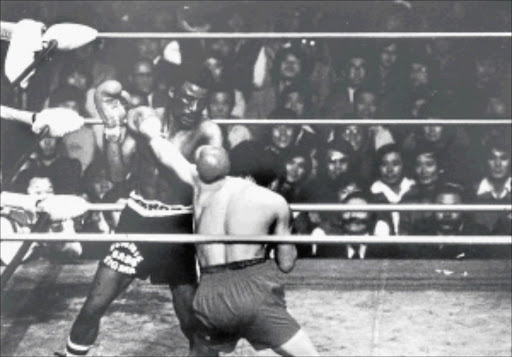 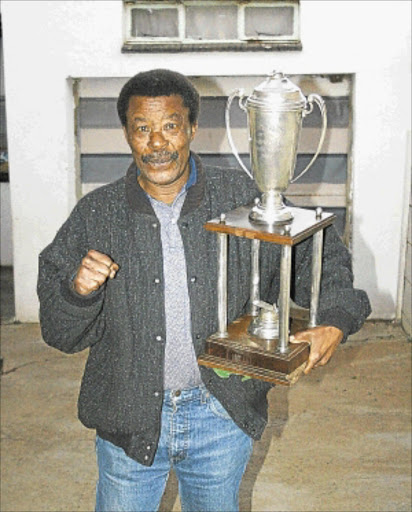 PETER Mathebula grew up dreaming of becoming a professional soccer player but ended up in the boxing ring.

He lost his passion for soccer after his coach kept benching him, and joined boxing on the rebound at the tender age of 13. He later became the first black South African boxing world champion.

This week we visited the man nicknamed "Terror" because of his reign of terror inside the ring.

Can you take us through the night of December 13 1980 at the Olympic Auditorium in Los Angeles, California, when you captured that historic WBA world flyweight crown?

I thought I was dreaming. The reality of me being the first black South African world champion did not sink in immediately. I did not believe that I beat an incredible boxer like Tae-Shik Kim. I won on a split decision and you can imagine my anxiety before the final announcement. But I remained hopeful about my chances because I believed I did well (enough) to convince the judges. When the ring announcer paused a bit before making the final verdict, I nearly stopped breathing . But seconds later the announcer screamed 'and the new WBA flyweight champion of the world, Peter Terroooooor Mathebulaaaaaa!' I nearly collapsed with joy. It was unbelievable.

How did you celebrate the victory?

I had drinks with my trainer Willie Lock, manager Bobby Toll and Dr Labuschagne until the wee hours of the morning at the hotel. I couldn't sleep, though, because I was overwhelmed by excitement. I went to the dining room and stood in front of a world map and boasted, 'this world is now aware who Peter "Terror" Mathebula is'.

How much did you earn?

How was the reception back home?

Unbelievable! I've never seen so many people overjoyed by one's victory. Their celebrations at the airport just reminded me how important the title was. I was given a hero's welcome. I was humbled to see white people welcoming me. My wife and children were there screaming my name. We were driven as a family through the streets of Johannesburg up to my house in Mohlakeng. The party continued throughout the weekend, or was it a month?

How did winning the world title change your life?

I learnt to appreciate life more than before and embrace people. Sometimes I used to cry for what people were doing for me and my family. We received groceries from local shops and my children also received school uniforms and books free of charge. I was given the freedom of Mohlakeng.

You failed in your first title defence against Santos Bengino Laciar at home over three months after you became a hero. What happened?

Too much celebrating cost me my title, perhaps. To be honest, though, Santos was not in my class but I lost that fight (a seventh-round TKO) because my mind was not in that fight. There was a serious family matter that was bothering me.

Were you also not focused when you lost against Betulio Gonzalez in Maracaibo, Venezuela, on June 21 of that same year?

I was fit as a fiddle because I knew the type of a boxer I was facing, a three-time world champion. I dominated most of the rounds and somebody realised that I was winning and he decided to cheat in the final round. I heard the sound of the bell in round 10 and decided to stop fighting. The referee interpreted that as a retreat. He declared Gonzalez the winner. I was very upset to have lost in that manner and my camp immediately called for a rematch, which took place four months later.

Again the fight was staged in Gonzalez's home town and the same thing happened, but this time he stopped me in the sixth round. He hit me from behind as I was walking to my corner as I thought the round was over after hearing the bell. But the referee insisted that there was no bell. I could not stand up.

You quit after winning your last fight - a 10th-round TKO against Jacob "Killer" Molefe in Sebokeng on August 12 1983. Why did you quit then, especially after you seemed to have rediscovered your form?

I was 31 when I quit and you guys from the Sowetan were starting to poke fun at me. You called me madala. But I wanted to quit on a high considering that my win over Molefe was the third in a row. I'm happy that I'm not lost to the game as I'm currently training aspiring boxers in Mohlakeng.