AmaTuks make it to top flight 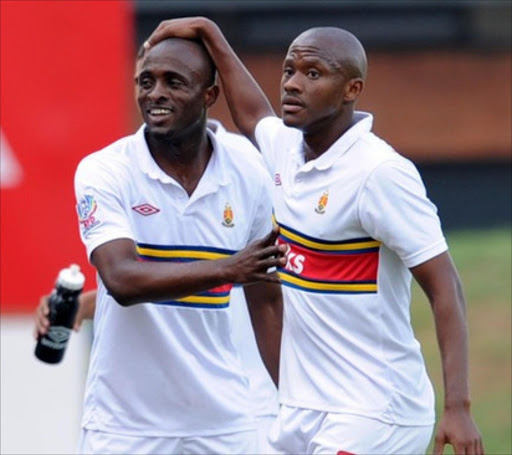 Their closest rivals Blackburn Rovers are likely to secure a promotional berth after a 1-0 win over Dynamos at Buffalo City Stadium in a match that was played last night.

The PSL website erroneously reported earlier that the match ended 3-1 in favour of Dynamos but it emerged later that Rovers won the tie 1-0. For Rovers to unseat AmaTuks they will need to score 12 goals without conceding any in their last two matches, the task that seems impossible.

AmaTuks have won consistently this season and deserve outright promotion to the top flight. Two first-half goals from Thokozani Sekotlong and Esau Mtsweni were sufficient for victory.

Until this point their crusade, which started eight years ago, had yielded nothing but heartache, with a number of near misses.

In ending the drought, they have ensured that there will be three Pretoria sides in the Premiership next season.

The old campaigners in the Premiership from Pretoria are Mamelodi Sundowns and SuperSport United.

AmaTuks, who are coached by the wily Steve Barker, started brightly yesterday, taking the lead when Sekotlong scrambled home as early as the fifth minute.

Sekotlong turned provider, sending in a well-weighted cross for Mtsweni to tap home the second in the 18th minute.

The Cape side, though, had their moments with notable attempts on goal from Innocent Cele and Sibusiso Ntuli.

But just as they had done throughout the season, the home side stood firm for a deserved win.