REVIEW | 3 of the best entry-level cars on the market 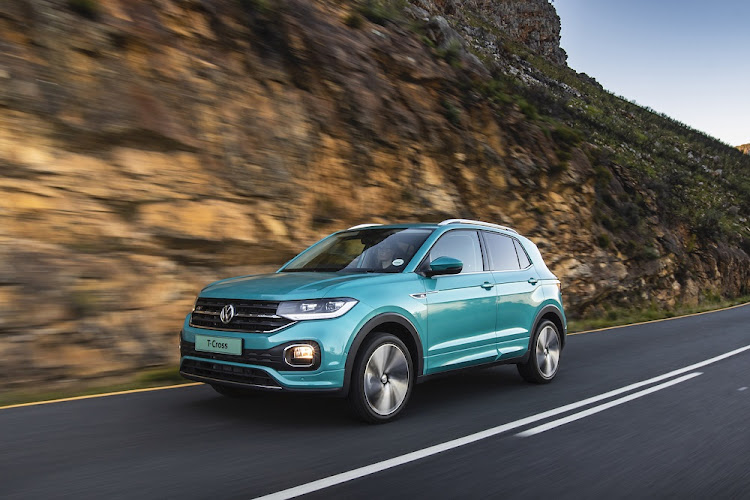 So you’re young, hip, and on the up? You need independence and, most importantly, you need wheels. We take a look at three great cars to suit the pockets of any first-time buyer.

Climb in, get into gear, and prepare to blaze down the great highway of life. 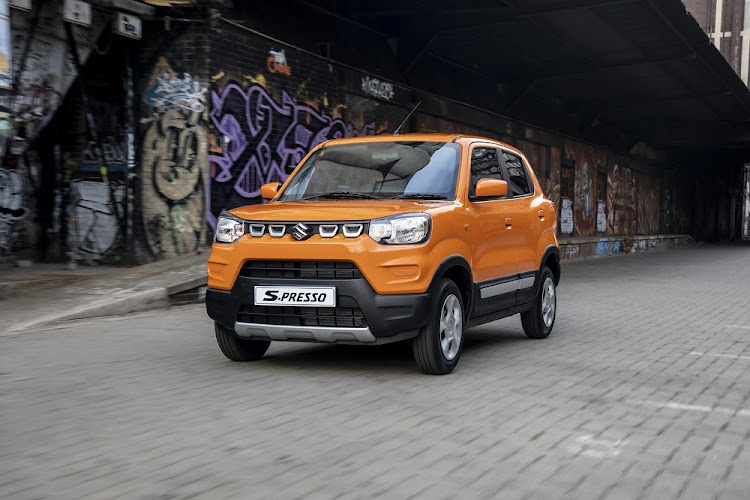 A couple of days before lockdown commenced and the whole world went to hell, Suzuki, via a YouTube livestream, launched to the South African motoring press its all-new S-Presso: a small, entry-level contender designed to take the fight to the Renault Kwid and Datsun Go that have both sold very well in these cashstrapped times. Assembled in India and starting at R134 900, the Suzuki S-Presso undercuts them in price and is currently the country’s most affordable new car.

Well, as far as these small budget cars go we think the S-Presso looks a darn sight better than most of its rivals. Especially if you pick the top-spec S-Edition model that gets protective body cladding, a blinging radiator grille, plus front and rear skid plates. Inside you’ll find a plethora of standard features including a seven-inch touchscreen infotainment system that’s compatible with both Apple CarPlay and Android Auto. It’s also linked to a reversing camera to help you nip in and out of scary-tight parking spaces. Other goodies include a USB port, 12V charging socket and electric windows. Air conditioning also forms part of the deal as does a two-year/30 000km service plan and one year of free insurance.

Thanks to Covid-19 we haven’t had a chance to pilot the S-Presso so we cannot comment on what it’s like out on the road. Fortunately for the Suzuki, rivals such as the Renault Kwid don’t set the bar all that high. While fuel consumption is claimed to be a miserly 4.9l/100km, this car’s 50kW 1.0l three-cylinder motor will no doubt feel frustratingly asthmatic out on the highway. Finally, the S-Presso is yet to be crash tested by Global NCAP so we have no idea how it will perform when involved in an accident. Be that as it may, the S-Presso does come fitted with ABS brakes (with EBD), as well as dual front airbags as standard.

Cheap and cheerful, the Suzuki S-Presso is the easiest way to get mobile. 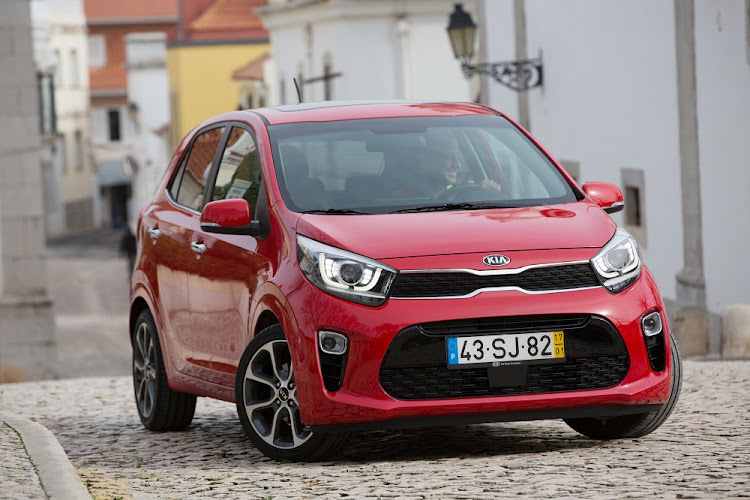 What used to be the Volkswagen preserve of pensioners has matured into a sleek and almost edgy-looking hatchback that even we guys shouldn’t mind being spotted in. With those contrasting alloy wheels and LED daytime running lights set either side of that now trademark “Tiger Nose” front grille, the Kia Picanto is proof that you do not need to spend a fortune to garage a stylish and capable car that performs admirably in the city but also has the legs to handle the occasional road trip too.

In range-topping Smart specification the Kia Picanto comes with all the stuff you desire in a modern vehicle. Automatic headlights. Partial leather seats. A reverse camera with dynamic guidelines. Parking sensors. A sunroof. Satellite controls on the steering wheel. There’s even a seven-inch touchscreen infotainment system that plays nice with Android Auto and Apple CarPlay. Yep, when Kia throws a small-car party you know that you’re going to be well catered for. The 61kW 1.2l engine is no fireball but it is willing, frugal and — mated to a fairly long-legged five-speed manual gearbox — able to hold an easy 140km/h cruise at 3 800RPM.

Although the interior is well appointed, we’re kind of disappointed with the fact that Kia hasn’t employed any soft-touch materials in its construction.That said, the hard-plastic dashboard and accompanying inserts are of good quality and fit together well with no squeaks or rattles to speak of — everything should hold up well to years of abuse. A VW Up! is still better to pilot but the Picanto doesn’t lag that far behind in terms of overall driving enjoyment.

Based on the same architecture as the muchloved Polo, the T-Cross is an attractive and surprisingly affordable compact crossover that offers space, practicality and nippy performance — not to mention an enviable brand cachet. Light and nimble around town (with decent visibility at all four corners, you will never Kia struggle to park it) the T-Cross also excels on longer jaunts with a degree of cabin refinement and NVH insulation that puts it at the top of its class.

Besides being great to look at, the T-Cross is a genuinely pleasant thing to pilot thanks to its punchy 1.0l three-cylinder turbo engine. Strong enough for the open road, it can also — with a light enough foot — deliver wallet-friendly fuel economy. On test we experienced 420km of mixed driving conditions and were able to return less than 6l/100km. The Comfortline model also comes with a seven-speed DSG transmission that makes driving in heavy city traffic so much less of a chore. While it may not have an all-wheel-drive system, the T-Cross sports enough ground clearance to help it traverse urban obstacles (oversized speed bumps) and deal with choppier rural dirt roads with ease.

In order to get this car’s price down to a competitive level, Volkswagen had to implement a few cost cutting measures. The most obvious of these can be found in the cabin where hard, scratchy plastics dominate proceedings. It’s not the end of the world — they seem sturdy and well screwed together — but it does lower the tone somewhat. The Comfortline comes standard with a fair amount of kit (16-inch alloy wheels, black roof rails, front fog lights, a leather multi-function steering wheel, park distance and cruise control) but there are many tempting optional extras you can spec that will send that base price tag soaring. Be warned.

More exclusive than a Polo and cheaper than a Tiguan, the T-Cross is probably the hottest compact crossover on the market right now.