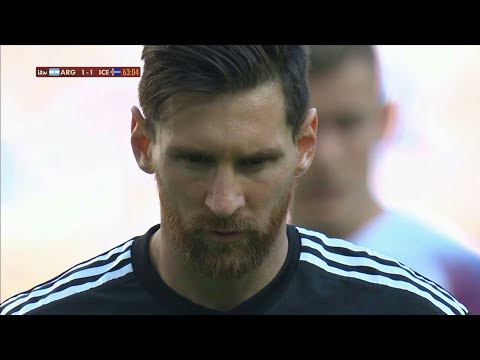 The head of the Palestinian Football Association, Jibril Rajoub, was banned from all soccer-related activity for a year by FIFA on Friday on charges of inciting hatred and violence before a friendly planned between Israel and Argentina.

Rajoub protested after Israel switched the venue of the June game from Haifa to Jerusalem. He urged Palestinians to burn shirts bearing the name of Lionel Messi if Argentina's star went ahead and played there.

The change of venue came at a particularly sensitive time, after U.S. President Donald Trump had recognised Jerusalem as Israel's capital, infuriating Palestinians who want the eastern part of the city as the capital of their own future state.

Global soccer body FIFA said on Friday its disciplinary committee considered that Rajoub's statements "incited hatred and violence". It banned him for 12 months and fined him 20,000 Swiss francs ($20,000).

Rajoub, it said, was banned from "taking part in any future match or competition taking place during the given period". That included attending matches in any official capacity and participating in media activities at or near stadiums on match days, it added.

The Palestinian FA said in a statement in Arabic that the sanction was excessive: "The decision of the Disciplinary Committee went beyond the alleged offence, it imposed the maximum punishment for an accusation that wasn't proven."

It cast doubt on the validity of the complaint lodged by the Israeli FA which it called a "third party that is in active conflict with the Palestinian FA" and said that neither Messi nor the Argentinian FA had acted on the matter.

It added that it respected the ruling but reserved the right to challenge it "in the relevant legal forums".

Argentina decided to pull out of the friendly, which would have been their last appearance before the World Cup, as political pressure mounted over the game.

Rajoub has long tried to get soccer's world governing body, FIFA, and the International Olympic Committee to impose sanctions against Israel. This is mainly because of the Israeli government's settlements policy in the West Bank and because it has imposed travel restrictions on Palestinian athletes citing security concerns. Those bodies have not heeded his calls. ($1 = 0.9957 Swiss francs)