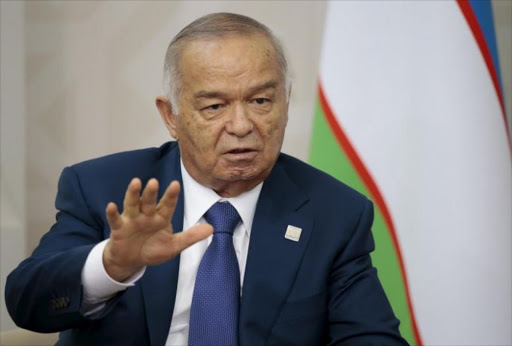 Uzbekistan resurrected its V-day celebrations on Tuesday in a move signalling warmer ties with Russia, as the Central Asian nation marked the anniversary of the Allied victory for the first time since the death of veteran leader Islam Karimov.

Russia attaches great significance to the May 9 holiday, marking it with an annual parade, but under the late Karimov, who had distanced Tashkent from its former Soviet overlord, celebrations in Uzbekistan were minimal.

Karimov died last September after running Central Asia's most populous nation for 27 years and has been succeeded by his prime minister, Shavkat Mirziyoyev.

In a break with tradition established by Karimov, who usually just laid flowers at a World War Two monument, Mirziyoyev attended a large musical and theatrical performance in Tashkent on the day of remembrance and honour in Uzbekistan.

The performances featured war-time armoured vehicles, actors wearing Soviet military uniform, and patriotic songs of the World War Two era - all unimaginable under Karimov who, despite his own Communist past, had criticised the Soviet Union's attitude towards Uzbekistan as colonial.

Mirziyoyev's symbolic gesture is certain to be noticed by Moscow, which regards Central Asia as a strategically important region and competes for influence there with China and the West.

Uzbekistan, a mostly Muslim nation of 32 million, has so far avoided Moscow-led military and economic alliances joined by some of the former Soviet republics.

Although Mirziyoyev has promised to boost relations with Uzbekistan's main partners, he has avoided singling out Russia - or any other superpower - as the key one.

He has also made his first foreign visits to neighbouring Central Asian nations rather than any of the bigger nations. Mirziyoyev then visited Russia, where millions of Uzbek migrant labourers live, last month.