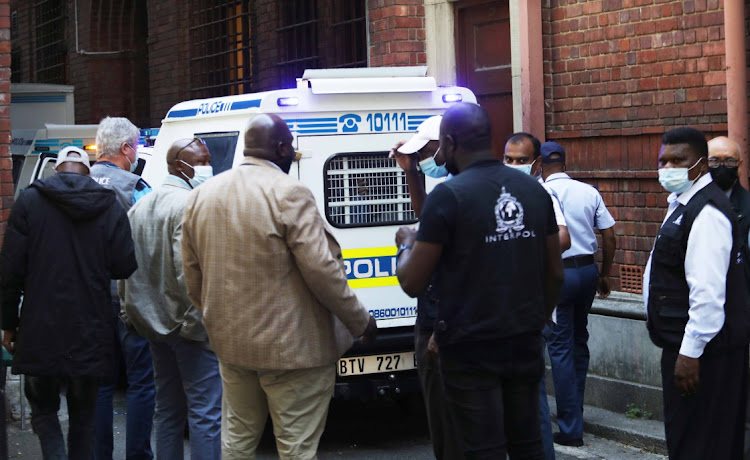 Lawyers for the eight alleged members of Nigerian organised crime syndicate Black Axe are trying to get their clients bail, arguing that their alleged crimes are not so serious.

Defence attorney Ben Prinsloo told the court that the South African equivalent of at least one of the charges his clients were facing was a schedule 1 offence and not, as the state alleges, schedule 5.

This means, Prinsloo said, the onus is on the prosecutors to prove exceptional circumstances for the men to be kept in jail for the duration of their extradition hearing.

Six alleged leaders of the Black Axe were arrested in a huge police operation on Tuesday last week. They are:

Toritseju Gabriel Otubu, 41, and Prince Ibeh — also Nigerians linked to the syndicate but who are not part of the leadership — were also arrested in the raids on nine Cape Town addresses.

British police said on Tuesday they had arrested eight people as part of an investigation into the SIM-swapping hijacking of U.S. celebrities' phones.
News
11 months ago

Most of the men appeared wearing fresh brand-name clothing in the Cape Town magistrate's court on Tuesday.

Unlike during their first appearance which was dominated by the presence of the Hawks, police and Interpol agents, the accused had several supporters in court, including several female family members. Nigerian diplomatic staff were also in attendance.

The men face extradition to the US for allegedly defrauding 100 US women out of R100m.

The Black Axe network spans nearly the entire globe and is said to be a sophisticated criminal syndicate with links to drug smuggling, human trafficking, and sex trafficking in countries like Italy.

The group allegedly used SA as a base from which to defraud women and companies both in SA and across the world.

Aside from charges of conspiring to commit money laundering, the accused also face charges in the US comparable to charges in South African law such as fraud, conspiracy to commit fraud and identity theft.

The case was postponed to Thursday, when the bail application is expected to continue.

With more South Africans shopping and transacting online during the Covid-19 pandemic, there has been a significant increase in digital banking ...
News
3 months ago
Next Article