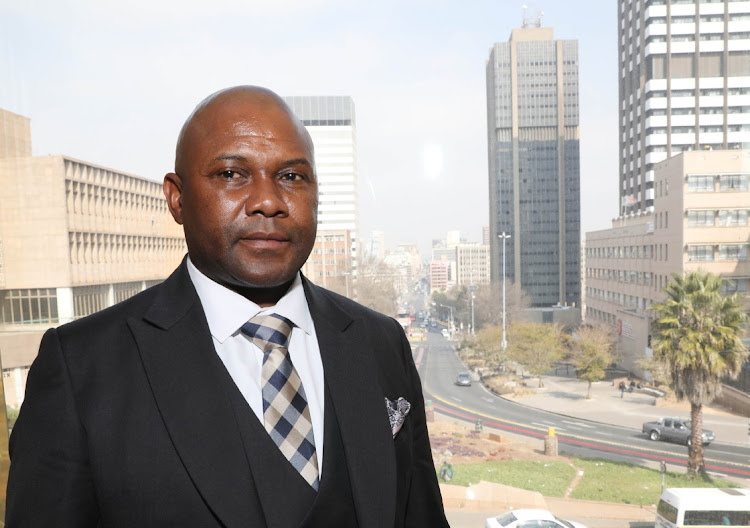 Jolidee Matongo was named the new Johannesburg mayor after a special meeting to fill the post left vacant by Geoff Makhubo, who succumbed to Covid-19 complications.
Image: Veli Nhlapo

Johannesburg mayor Jolidee Matongo who has died in a car crash had remained humble, accessible and simple despite wearing the mayoral chain of the country's economic hub.

This is according to neighbours and friends who gathered outside his Lenasia home, south of Johannesburg, yesterday to convey their condolences to his family.

Matongo, 46, died on Saturday evening, just five weeks after he was appointed as mayor, replacing his Soweto homeboy Geoffrey Makhubo who had succumbed to Covid-19 complications.

The mayor, who was travelling with his two protectors, was certified dead at the crash scene along the Golden Highway near Lenasia South, less than 5km from his home.

Matongo's vehicle collided with another as it was trying to avoid hitting an unidentified pedestrian who "ran onto the road", according to a police accident report.

"The driver of the BMW [X5] tried to avoid the pedestrian and collided with a silver Nissan NP 200," the report stated.

The driver of the bakkie died at Chris Hani Baragwanath Hospital in Soweto after succumbing to his injuries while Matongo's protectors were airlifted to Milpark Hospital from the scene.

'It's hard to comprehend this tragedy': Ramaphosa on death of Jolidee Matongo

President Cyril Ramaphosa is “deeply saddened” by the death of Johannesburg mayor Jolidee Matongo in a car crash.
News
4 months ago

The newly elected City of Johannesburg mayor, Jolidee Matongo, has died, an official in the municipality has confirmed.
News
4 months ago

The crash scene was still fresh yesterday with police road markings still visible on the road while a cordon tape was scattered nearby.

The side of the road was riddled with broken glass and pieces of car wreckage.

Matongo's close friend and spokesman for the family, Muzikayise Ndlovu, said Matongo was being driven to his home where he was going to refresh and prepare for a trip to KwaZulu-Natal for a family ceremony.

"He [Matongo] had actually finished doing work for the ANC and was coming here to change so that he could take a trip to KZN as we were preparing for other festivities and ceremonies of the family," Ndlovu said.

"Those who knew Jolidee know that he was a genuine, down-to-earth and selfless person. As a friend he was one of those people I could confide in and I knew that if I had a problem about anything I could go to him and he would give me sound advice," Ndlovu said.

My heart is broken, I'm lost for words. This was a man of good nature, very grounded and extremely humble

Ndlovu said the family would wait for the City of Joburg before finalising preparations for his funeral.

Matongo's neighbours described him as a simple, humble man who always greeted everyone and was always available for a chat.

Singh said the people of Joburg "have suffered a great loss" as he was a people's person at heart.

Another neighbour, Pratisha Amarlal, described Matongo as a "simple jolly man" that she has known for eight years.

"My heart is broken, I'm lost for words. This was a man of good nature, very grounded and extremely humble," Amarlal said.

Johannesburg Metro Police Department (JMPD) spokesperson Wayne Minnaar said: "The executive mayor and the pedestrian died on the scene while the other driver died in hospital... there will be an investigation to establish how exactly the accident happened."