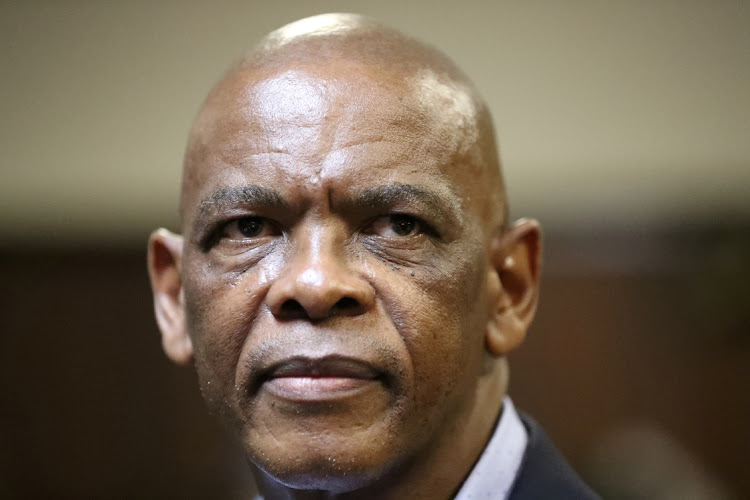 Suspended ANC secretary-general Ace Magashule has been dealt another blow after the party’s national executive committee (NEC) resolved that disciplinary action be taken against him over his defiant behaviour if he does not make a public apology.

This included his decision to write President Cyril Ramaphosa a suspension letter on Wednesday night in response to his own suspension from the party as part of the implementation of the “step-aside” rule for criminally charged leaders.

Magashule has  been insisting on carrying out his political duties as the organisational head at Luthuli House despite the restrictions imposed on him during his period of suspension, including being barred from representing the party or addressing gatherings.

Delivering outcomes of the heated three-day meeting, Ramaphosa said the NEC had reiterated that Magashule “had no authority or mandate from any ANC structure” to write him a letter of suspension.

“The NEC agreed that such conduct was completely unacceptable and a flagrant violation of the rules, the norms and the values of the ANC. The NEC furthermore instructed the officials to advise the secretary- general to apologise publicly to ANC members and structures within a set timeframe. If he fails to do so the ANC will institute disciplinary procedures in accordance with the ANC constitution,” he said.

Ramaphosa said the NEC had expressed concern about what it viewed as a “concerted and well-orchestrated and well-resourced” campaign from within the party’s leadership to sow divisions in the ranks of the ANC with the aim to destroy the party.

“It [the NEC] noted that this campaign is actively aided by a few individuals from within the NEC itself through leaks, deviant public pronouncements, protests and misinformation on social media, aimed at distorting the decisions of the NEC,” Ramaphosa said.

He said the party’s top brass had resolved to investigate those who were behind the leaks of audio clips containing discussions within the NEC and to take action against them.

Ramaphosa said the NEC had confirmed that Magashule and those who had been temporarily removed from their posts were not allowed to perform any duties of their office, represent the party or make public pronouncement on any  organisational issues.

He said the NEC had now empowered deputy secretary-general Jessie Duarte to carry out Magashule’s duties.

Ramaphosa said Duarte and staff at Luthuli House had been subjected to attacks, insults and threats over the implementation of Magshule’s suspension.

“We have also noted with great concern death threats made against ANC NEC co-ordinator Andries Nel and agreed that this should be reported to the relevant authorities. The NEC expresses its full confidence in  Duarte and supports her in carrying out her duties as per the ANC constitution,” he said.

As the ANC was concluding its heated special national executive committee (NEC) meeting on Monday, several KwaZulu-Natal branches who mobilised ...
News
1 year ago

Suspended ANC secretary-general Ace Magashule was booted out of the party's virtual national executive committee [NEC] meeting which started on ...
News
1 year ago
Next Article