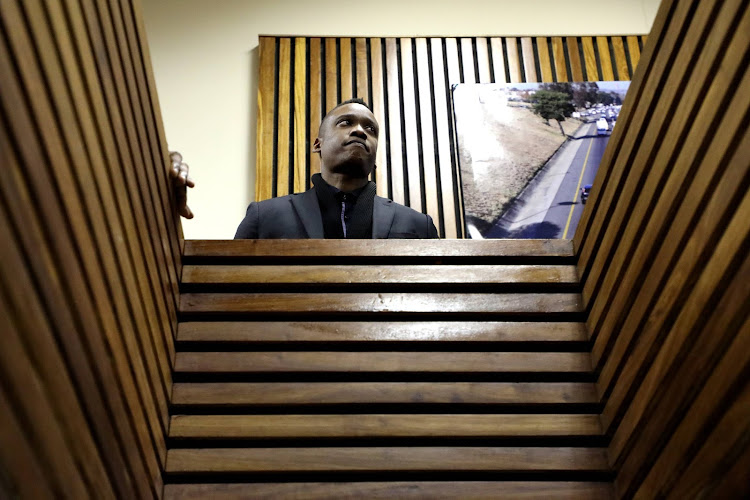 A motorist who drove close to Duduzane Zuma's car when he was involved in an accident says he doesn't believe Zuma was driving at a high speed.
Image: Sandile Ndlovu

Michael Jankelowitz, a motorist who testified on Duduzane Zuma's behalf, says he did not want former president Jacob Zuma's son to get an unfair trial from prosecutor Gerrie Nel.

Jankelowitz told the Randburg magistrate's court on Thursday that he was driving on the same road when Zuma's Porsche collided with a minibus taxi, killing one passenger, in 2014.

He corroborated Zuma's version that it had been raining on the fateful night, and that he was not speeding.

Jankelowitz said he had been driving from Montecasino, and that it had already started to rain. The rainfall got harder as he got on to the N1 highway.

"The road was extremely wet. The speed [of Zuma's vehicle] was not excessive in my opinion," Jankelowitz said.

He said that as he drove close to the scene he saw that Zuma's Porsche had spun.

"I glanced to my left and that is when I saw the taxi. I didn't see much damage to the taxi or the Porsche," he said.

Asked why he came forward to be Duduzane's witness, Jankelowitz said: "A few days later to my shock I heard on 702 [radio station] about the accident. I called in because they were exaggerating. They said the Porsche was racing."

He said he had also heard that private prosecutor Gerrie Nel would prosecute Zuma as the National Prosecuting Authority had announced that it would not be charging him.

Prosecutor Yusuf Baba grilled Jankelowitz on why he chose to testify on Zuma's behalf and not the state's.

"I felt Mr Duduzane would not receive a fair trial if Gerrie Nel was the prosecutor," Jankelowitz responded.

"Why was it necessary for you to contact Mr Zuma's attorney but not the state?" Baba asked Jankelowitz.

"All I wanted to do was give my facts of what happened. That is all," Jankelowitz said.

The court postponed the matter to June 20 for closing arguments.