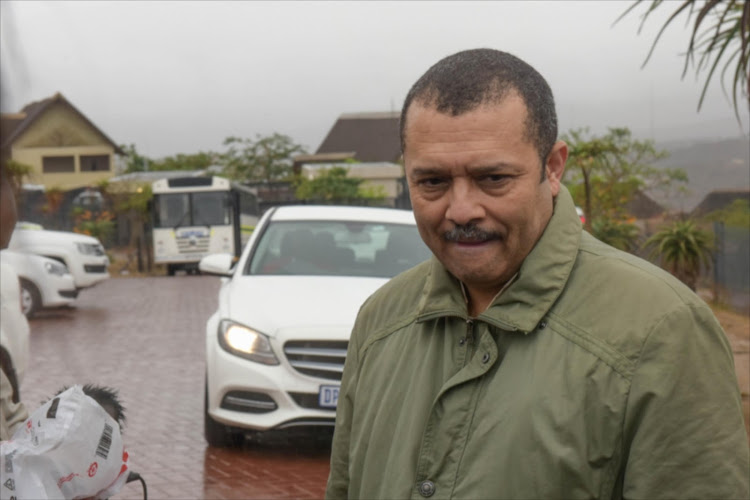 Senior ANC MP Cedric Frolick was allegedly used by Bosasa‚ at a R40‚000 monthly premium‚ to facilitate meetings between the company and various politicians.

As far back as 2010‚ Frolick was allegedly tasked with "crossing the impasse" between Bosasa and then correctional services portfolio committee chairperson Vincent Smith.

This is according to former Bosasa executive Angelo Agrizzi‚ who‚ in a bombshell testimony at the state capture inquiry on Friday‚ implicated Frolick in a corrupt relationship with the company dating back almost 10 years.

Frolick‚ who currently serves as the National Assembly's house chairperson for committees‚ was said to be the middle man who massaged relationships with Bosasa's management and politicians in the ANC whom Bosasa needed to further their business interests with the state.

Agrizzi said he was first introduced to Frolick around 2010 by Bosasa boss Gavin Watson's brother‚ Cheeky. Frolick recently told the Sunday Times that he had a 20-year relationship with Cheeky.

The ANC says it has applied to cross-examine former Bosasa COO Angelo Agrizzi at the state capture inquiry.
News
2 years ago

According to Agrizzi‚ Frolick was flown from Cape Town with another person‚ Bhuti Khompela‚ to visit Bosasa's business park.

"[Gavin Watson] stressed to us that Frolick would be instrumental in assisting to cross the impasse that had developed with Vincent Smith … Smith at that stage was very anti Bosasa‚ he did not even want to meet Bosasa‚" Agrizzi said.

During the tour‚ Agrizzi said a meeting was conducted with himself‚ Frolick‚ Watson and Khompela. At the meeting‚ they discussed "a way forward on how to deal with [Smith]".

Agrizzi said he drafted an introduction letter and attached it to Bosasa's exisiting portfolio‚ which Frolick was to hand over to Smith when he returned to Cape Town. He alleged that at the close of the meeting‚ Watson slipped a security bag filled with cash into Frolick's jacket pocket.

"After every meeting we would have to sit and debrief each other. I explained to [Watson] that Frolick was really impressed with the office park and what we were doing. He told me explicitly that Frolick I don’t need to worry about because he is 100% on board … [Watson] said to me we have to remember we have to arrange R40‚000 that has to be delivered to Frolick‚" Agrizzi said.

Agrizzi is also in possession of an invoice for Frolick's stay at a City Lodge hotel in September 2010‚ which was sent to Bosasa for payment. The bill was for about R2‚700.

About 10 days after his initial meeting with Frolick‚ Agrizzi said Watson told him to go to Port Elizabeth and handed him a parcel of cash‚ with R40‚000 in R200 notes‚ which he was to hand to Frolick when he arrived. He said he met Frolick at Valence Watson's (Gavin's brother) home.

Valence allegedly handed the bag of money to Frolick when he left the house.

A week later‚ the plan to meet Smith finally came together. Agrizzi said he was told by Watson to accompany Gibson Njenje (Bosasa's chairman at the time) to Cape Town for an "introductory meeting" with Smith‚ co-ordinated by Frolick.

The pair met Frolick outside parliament and were ushered into an office‚ where they waited for Smith.

"We sat in there for quite a while before Frolick walked in with Smith. He (Smith) was visibly annoyed that we were there ... He was very abrupt. The meeting actually did not go well at all‚" Agrizzi said.

Smith has since been implicated in state capture after allegations emerged that he received undue upgrades to his home by Bosasa and that the company footed the bill for his daughter's tertiary education.

Frolick's alleged relationship with the Watsons also seemed to bear fruit in 2016‚ when he arranged for justice and correctional services minister Michael Masutha to stay at a Port Elizabeth property belonging to the Watson family. There‚ the minister was introduced to Gavin Watson.

Earlier this year‚ Masutha revealed in parliament that he had spent a weekend at the property to attend an ANC rally ahead of local government elections. Before his departure‚ he said‚ Watson had arrived at the home and tried to discuss Bosasa's contract with the correctional services department.

"[Watson] called me out (of a meeting) and he said listen here‚ sorted‚ the Lord works in mysterious ways. He said [Frolick] would help him organise accommodation for Masutha and he would be able to meet him … [Watson] told me exactly how he had planned it. He was extremely excited about it‚" Agrizzi said.

"The meeting did take place. [Watson] went there with Valence."

Frolick recently told the Sunday Times that his arranging of the meeting was "nothing else but a good gesture by the people of the Friendly City to assist and make visitors feel welcome and at home".