Scary time for women with a serial rapist on the loose 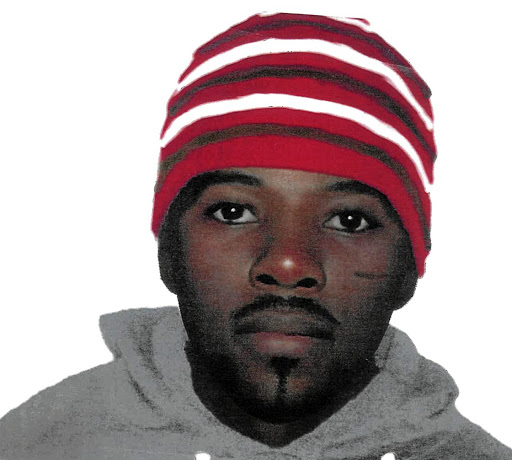 An identikit of alleged rapist said to be aged between 23 and 26.

A man linked to 58 rape cases and who could be SA's worst serial rapist on record, is on the run.

He is believed to be in his mid-20s, has been raping women since 2012 on the East Rand, targeting victims aged between 12 and 20.

Currently the worst serial rapist in SA is considered to be Lonwabo Solontsi who was convicted of raping 39 women over five years.

He was sentenced to 12 life terms plus 706 years in March last year.

Victims of the Ekurhuleni rapist who spoke to Sowetan gave different modus operandis employed by the culprit and said it appeared though he stalked some of his victims.

In other instances it seemed he waited for an opportunity to pounce on victims.

A mother of a 16-year-old girl told the Sowetan that her daughter was raped by the suspect in 2017 in Etwatwa.

The man gained entry into their home by claiming to be a contract worker employed by the Ekurhuleni metro to check on home geysers as the city was due to roll out solar geysers in the township.

"I was not at home at the time and my daughter was alone. She said he asked who was home and she told him nobody else was," the mother said.

The daughter allowed the man into the house.

"My daughter was only 14 at the time and didn't know better," said the mother. She said once inside, the rapist instructed her to take off her clothes.

"My daughter has not been the same since the ordeal. Of course we've taken her for therapy and she is still going, but a massive part of her was forcefully taken from her."

Another parent of a 17-year-old girl gave a harrowing ordeal her daughter and five of her friends endured at the hands of the rapist who they met on their way from school in Daveyton.

He looked on and then raped them

"She was with two of her female friends and three male friends. They were crossing a railway line when the guy saw them and told them he was a security guard.

"He told them what they did was illegal and instructed them to follow him."

The rapist took them to a veld and instructed the six to have a sexual intercourse with each other while he looked on.

"He looked on and then raped them."

The 38-year-old mother added: "My daughter has changed since then. She doesn't like being around people anymore because this is eating her up inside."

Gauteng police spokesman Captain Mavela Masondo said the suspect was linked to the cases because of the modus operandi he mainly employed to attack his victims.

"We cannot go into detail about his modus operandi because all these cases are still being investigated.

A serial rapist has been sentenced to 12 life sentences plus an additional 194 years behind bars.
News
3 years ago

"But the police are linking him to the cases because of the descriptions that the victims gave of him," Masondo said.

He further said it took some time to determine that they were dealing with a serial rapist because they do not have samples of his DNA yet.

"We thought we were dealing with isolated incidents, but we believe otherwise now based on the statements we have (from victims)."

Masondo gave the rapist's description as: "He is a black male aged between 23 and 26, and short to medium height.

"He's coffee coloured in complexion; muscular in built and has amagwegwe (bow legs), a scar on his left cheek and big brown/black eyes."