'How to remove a president' - MPs draft rules 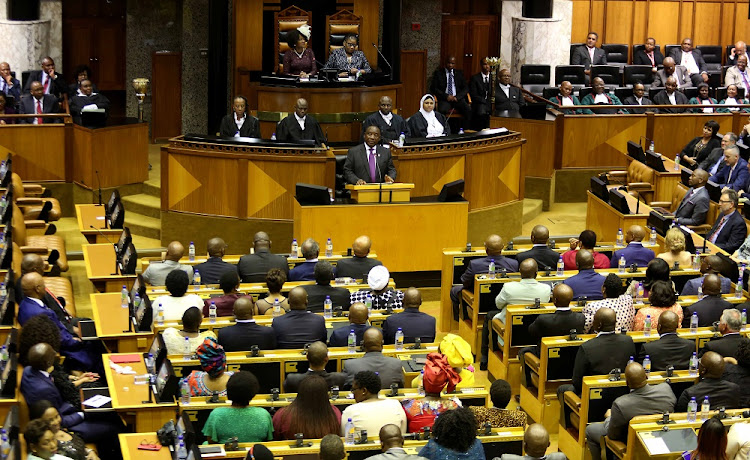 Members of Parliament have a plan on how to remove a president from office through parliamentary mechanisms‚ should this be required in South Africa in future.

Parliament’s National Assembly Rules Committee said in a statement on Thursday that it has unanimously agreed on rules to regulate section 89 of the Constitution dealing with the removal of a president‚ and has recommended that the National Assembly adopt them.

Section 89 of the Constitution provides for the National Assembly to remove a President of the Republic from office on the grounds of serious violation of the Constitution or the law; serious misconduct; or inability to perform the functions of office.

How to remove a president from office

Speculation around Jacob Zuma’s future is intensifying after reports that the president is on his way out.
News
3 years ago

Once such a motion is submitted‚ the Speaker of the National Assembly must refer it and any supporting evidence to a panel of three independent legal experts.

The panel‚ which the Speaker appoints after consulting political parties represented in the Assembly‚ must assess if there is sufficient evidence for Parliament to proceed with a section 89 inquiry. The panel must function impartially and without fear‚ favour or prejudice. The panel must conclude its deliberations within 30 days and report to the National Assembly.

The Impeachment Committee will investigate‚ establish the veracity - and‚ where required‚ the seriousness - of the charges against a president and make a recommendation to the National Assembly. The committee’s report must include all views expressed in the committee.

Once the Impeachment Committee has reported‚ the House must schedule the report for debate and decision at a House sitting‚ "with due urgency".

The Economic Freedom Fighters (EFF) celebrated its final victory of the year after the Constitutional Court ruled in its favour and found Parliament ...
News
4 years ago

"If the report recommends that a president be removed from office‚ the question must be put to a vote."

A president is then removed from office if two-thirds of members of the Assembly support the recommendation. The MPs' work on the rules was necessitated after the Economic Freedom Fighters (EFF) petitioned the Constitutional Court‚ which ruled in December that Parliament had failed to hold president Jacob Zuma to account in the aftermath of the Nkandla debacle.

Zuma had failed to adhere to the remedial actions proposed by former public protector Thuli Madonsela in 2014‚ when she found him liable for some of the costs related to non-security upgrades at his private residence in Nkandla.

The MPs said in Thursday’s statement that the parliamentary rules committee had previously discussed procedures to regulate section 89‚ but could not finalise them.

They added: “Parliament prioritised finalisation of the procedures following the December 29 2017 Constitutional Court order that it do so without delay.” Their work began in January 2018.