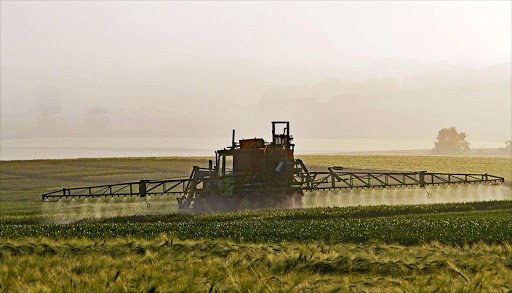 The ANC announced that it is forging ahead with land expropriation without compensation.
Image: Free stock Image/pixabay

If land expropriation is going to be successful‚ government needs to consider merging departments.

“Human Settlements‚ COGTA and the Department of Land Reform in my view could just be consolidated to deal specifically with the land question‚” Mabasa said.

“There is no need for this fragmentation‚ because when you have fragmentation you have departments that are not speaking to one another that have cross purposes.”

The panel discussion was part of non-profit the South African Institute of Black Property Practitioners’ (SAIBPP) two-day conference. The SAIBPP advocates and facilitates socio-economic transformation in the property sector.

Farmers should not panic about land expropriation without compensation‚ agriculture minister Senzeni Zokwana said on Thursday.
News
3 years ago

“If we are still here‚ dealing with basics‚ it’s going to take a long time to catch up… The train [of economics] is moving‚” Mamabolo said.

“Until we have capital‚ things can’t progress. Otherwise we’re going to be having the same conversation we’ve been having the past 10 years and 20 years from now.”

Pumzile Mnguni‚ ANC member of Parliament’s Portfolio Committee on Rural Development and Land Reform‚ believes developing land and agriculture can slow down the influx to cities and urbanisation‚ but needs to addressed within an ecosystem.

“Land is part of the economic system. Therefore we cannot take the land away and run with it. No matter the restitution. You get three hectares and then what do you do with it? We still need all other economic and social systems to put it to good use.”

Economist Thabi Leoka said earlier during her presentation there was no need to amend Section 25 of the Constitution‚ because it already allows for land expropriation.

“When they make roads and when they built the Gautrain‚ they forced people out of the way. Government was sued by many households‚ [but] because it is in our Constitution‚ the government won every single time.”

President Cyril Ramaphosa said last week in a late-night announcement the ANC will‚ through a Parliamentary process‚ finalise a proposed amendment to the Constitution that clarifies the conditions under which land can be expropriated without compensation.