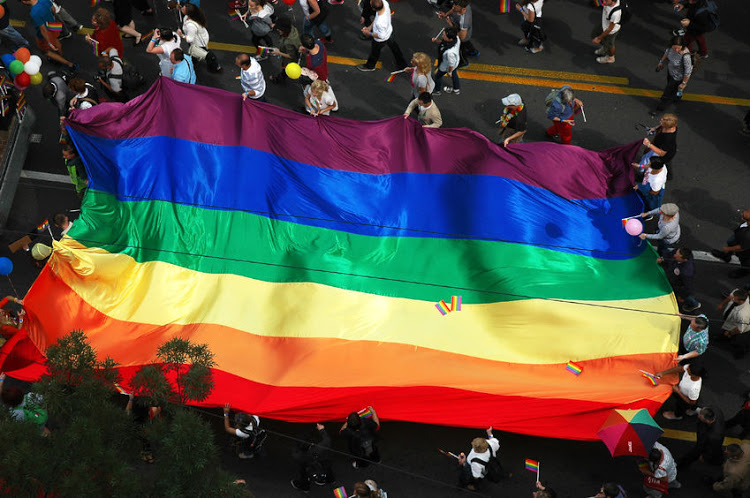 The couple then went to the Cape Town Home Affairs office. “The marriage officer wasn’t going to help us without answering her questions first.” The couple were registered in the end‚ but only “after a long discussion and debate” said the woman‚ who did not wish to have her name made public.

On Tuesday‚ the Legal Resources Centre (LRC) and Free Gender hosted a discussion on the section. About 60 activists and members of civil organisations attended. The LRC and Free Gender have made submissions to Parliament to repeal section 6 on the basis that it is discriminatory.

“The two organisations sought to jointly utilise their expertise in ensuring that the values and rights enshrined in the Constitution are reflected in both the laws enacted and the realities of LGBTI persons in South Africa especially when seeking to conclude marriages at DHA [Home Affairs] offices‚” the organisations said in a press release.

One of the panellists at the discussion‚ which was held at the Centre for the Book in Cape Town‚ Zethu Matebeni of Free Gender‚ said the organisation had received numerous complaints from couples who have experienced difficulties trying to have same-sex marriages at Home Affairs.

Sabelo and Sbusiso Makhanya were the first gay Zulu couple to choose the surrogacy route back in 2014.
Lifestyle
3 years ago

She said officials made lame excuses‚ postponed or referred gay couples to other Home Affairs offices. Sometimes officials agreed on paper to officiate‚ but then refused to conduct the civil ceremony.

“If they later get officiated the experience is traumatic. No happy moments for the newlyweds … Officials also make remarks‚ like ‘so between you two who should sign the husband or wife column?’” she said.

Phumeza Runeyi‚ who does advocacy for Free Gender‚ said she knew of a gay couple who started the registering process at Home Affairs in February but only got married in April. “On the day they finally got married they had to answer questions like ‘Why are they getting married?’” she said

Home Affairs did not respond to GroundUp’s questions. When GroundUp phoned Home Affairs in Khayelitsha to ask if gay people could be married at its offices‚ the official said yes and that an appointment should be made‚ where the process would be explained.