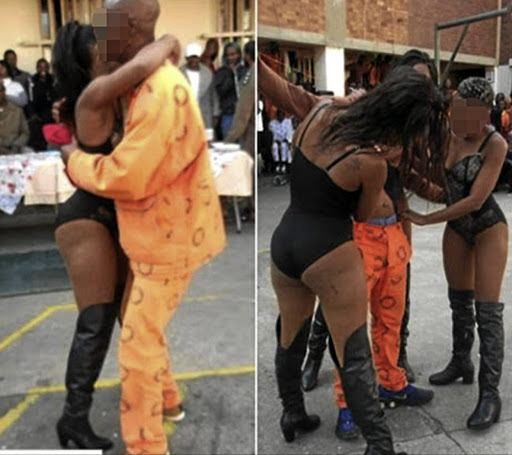 Images of half-clothed women dancing with prisoners at the Medium B prison in June last year made headlines at the time.

More than a year after scantily dressed dancers entertained offenders at the Johannesburg Prison, nobody has been disciplined for the incident.

Images of half-clothed women dancing with prisoners at the Medium B prison in June last year made headlines.

Four officials were subsequently suspended from the correctional facility popularly known as Sun City but returned to work in October.

Gauteng correctional services spokesman Mocheta Monama said a disciplinary process against one of the four was concluded and he was exonerated. He said disciplinary action against the other three was still ongoing.

"The officials are back at work. However, they have all been alternatively placed for the duration of the disciplinary processes.

"One cannot be expected to comply with the requirements of a fair procedure if one is to rush through a disciplinary process and fair procedure takes time," he said.

Monama said almost all of their officers who faced disciplinary processes for different offences in the last financial year were fired. He said the department dismissed 117 officials and demoted three through disciplinary action in the 2016/17 financial year.

Dancers in prison expose the 'deepening moral decay in our society': Motshekga

Mathole Motshekga, chairman of the parliament's committee on Justice and Correctional Services, said that although inmates have rights to access ...
News
4 years ago
Next Article