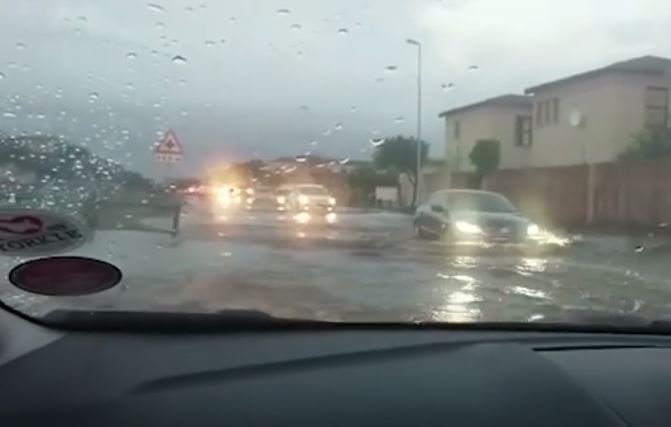 Motorists in Cape Town are being cautioned to travel with extra caution on Thursday as heavy overnight rain flooded several roads across the metropole and beyond.

Some of the areas affected included sections of road between Table View and Milnerton‚ Edgemead Drive and Chapmans Peak.

Informal settlements were also drenched by heavy downpours accompanied by thunder storms in the early hours of the morning.

Disaster Risk Management spokesperson‚ Charlotte Powell‚ said: “Flooding has been reported mostly in urban areas across the metropole‚ due to blocked drains and limited run-off capacity. “Informal settlements in low lying areas have been affected. No emergency sheltering has been activated. “Roadways in Somerset West‚ parts of the N1 and N2 are flooded. Disaster Management officers together with other city Services are busy making assessments and stand-by crews have been activated.”

In the north‚ the N1 was reopened at 4am after yesterday's protest action. If you are heading towards the Drakensberg‚ however‚ truckers are reporting problems on the N3.

Rob Beezy from @TrafficSA shared that flooding was affecting Koeberg Road‚ where various sections are under water between Table View and Milnerton.

Beezy recommended drivers avoid the route along Edgemead Drive‚ near Bosmansdam Road‚ and advised that the route was closed along Chapman's Peak Drive‚ due to adverse weather conditions.

Elsewhere‚ Bakwena Platinum advised early on Thursday that the N1 has been re-opened in both directions between the Carousel and Hammanskraal but SALTruckers @SALTruckers advised that the N3 Winterton area is closed due to protest action.

A motorist drove through a flooded road after a downpour in Cape Town on April 25 2018. Cape Town has faced its worst drought in recorded history.