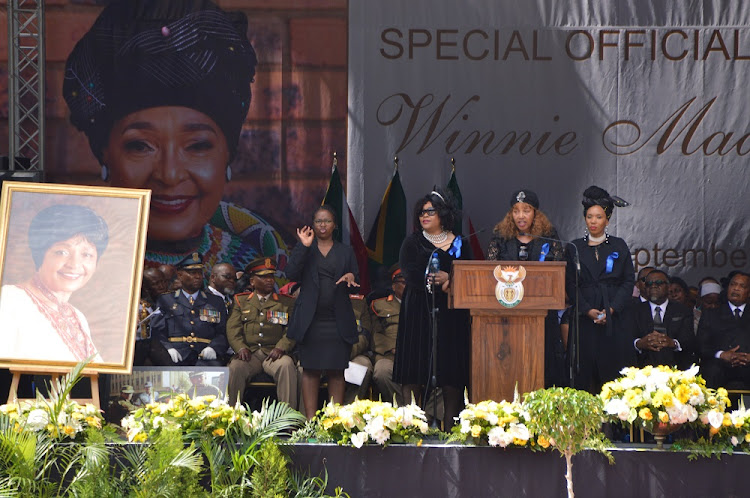 The late struggle icon Winnie Madikizela-Mandela's daughter Zenani did not mince her words as she spoke during her mother's funeral's service at Orlando Stadium.

In the fearless spirit of her late mother, Zenani took on those who had recently started singing her mother's praises after years of 'sitting on the truth' when lies were peddled about her.

“Why had they sat on the truth and waited until my mother’s death to tell it?” she asked.

"I think their actions are actions of extreme cruelty because they robbed my mother of her rightful legacy during her lifetime”.

“It is little comfort to us that they have come out now."

She took no prisoners as she also took aim at authors and those who have criticised her mother on social media platforms.

"To those of you who vilified my mother through books, on social media and speeches, don’t think for a minute that we’ve forgotten. The pain you inflicted on her lives on in us.”

"Why didn’t you do the same of her male counterparts and remind the world of who they were before they were called saints?”

However Zenani had kind words and gratitude for those who have honoured the late struggle heroine.

She thanked the thousands of women who took a stand of deep solidarity with her mother through the #IAmWinnieMandela movement, which saw young women donning black clothes and doeks in mourning.

"Like her, you show that we can be beautiful, powerful and revolutionary even as we challenge the lies that have been peddled for so long."

Thousands gather at the Orlando Stadium in Johannesburg on April 14 2018 to remember and pay tribute to Winnie Madikizela-Mandela.