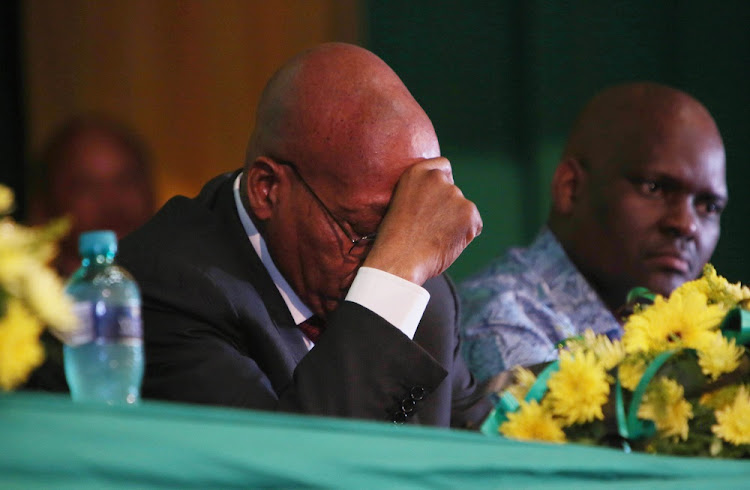 ANC has resolved to recall Jacob Zuma as the head of state but has not given him a deadline to respond.
Image: Jackie Clausen

The African National Congress's (ANC) leadership confirmed on Tuesday that it has recalled President Jacob Zuma.

ANC Secretary-General Ace Magashule told a media briefing at Luthuli House that the decision was taken only after extensive discussions.

However it is unclear whether Zuma will resign.

Magashule said that they have not given Zuma a deadline to "respond" and that the ANC has not discussed any motion of no confidence in the president as they believe he will do what they have asked of him.

LISTEN TO THE FULL STATEMENT:

Magashule said that the NEC and Zuma could not agree on a time frame for the transition.

Zuma wanted to remain in office for at least three months following which he would resign, but the NEC felt that period was too long, said Magashule.

The reason to recall Zuma according to Magashule is the issue of two centres of power.

"It's obvious that in terms of our Constitution, the president of the ANC must become the candidate for the presidency of the country. The only problem we are dealing with is these times which are not aligned. The ANC conference is not aligned to the elections of the country," he said adding that they thought it was the right thing to do but they can now see that it is creating a gap inbetween.

"The collective of the NEC believe that indeed President Cyril Ramaphosa must takeover the presidency in terms of our Constitution. You can't then have another president who's not the president of the ANC."

The ANC has officially recalled President Jacob Zuma despite his pleas for an extended stay at the Union Buildings on February 13 2018. Subscribe to TimesLIVE here: https://www.youtube.com/user/TimesLive