April 12 for Day Zero? At this rate it'll be closer to March 3 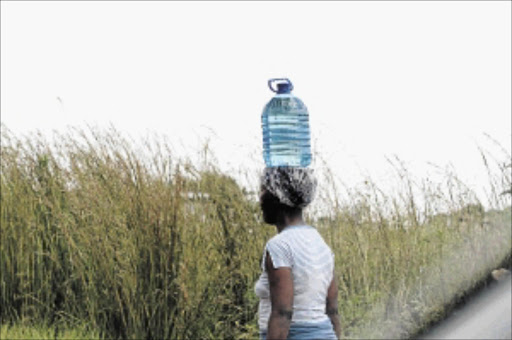 IMPORTANT: Citizens must use water wisely

If the approach of Cape Town’s Day Zero continues on the trajectory it has maintained for the past two months‚ it will arrive around March 3. That’s six weeks away‚ and about six weeks earlier than the City of Cape Town’s latest projection.

Why the discrepancy? Because the city council keeps doing the same sum and expecting a different result. Simply put‚ it divides the amount of water left in our dams by the amount Cape Town is supposed to be using each day and uses the result to count forward.

But since mayor Patricia de Lille started uttering those now well-worn phrases – “new normal”‚ “a well-run city does not run out of water” and the rest – Cape Town has used far more water than it is “supposed” to. And now that the hottest time of year has arrived‚ evaporation from dams is accelerating the approach of taps' death rattle.

Last Thursday‚ De Lille finally admitted what had been obvious to everyone else for months: “Day Zero is now likely.” The next day the DA caucus in the city council relieved her of drought duties‚ within two days Western Cape Premier Helen Zille had jumped into the breach‚ and on Wednesday DA leader Mmusi Maimane has called a press conference in Athlone to reveal what is “really happening” with the water crisis.

Zille said on Monday that in email correspondence over the weekend‚ deputy mayor Ian Neilson had “indicated that plans to manage Day Zero may be substantially reviewed”. This looked like code for “De Lille’s plan was rubbish”‚ which is not comforting with six weeks to meet a challenge Zille said “exceeds anything a major city has had to face anywhere in the world since the Second World War or 9/11”.

But according to Dr Kevin Winter‚ from the University of Cape Town Future Water Institute‚ there are still five chinks of light at the end of the rapidly emptying water main. Writing on UCT’s website‚ Winter – also a member of the city council water resilience task team – said they were:

- Taps are closing on the agricultural sector: “Day Zero has already arrived for many farmers … By the end of January‚ farmers who are drawing from the Western Cape Water Supply System (WCWSS) will have reached the target usage of 58 million cubic metres and their taps will be closed. The agriculture sector uses approximately 47% of the WCWSS compared with 48% used by the City of Cape Town. This means that from February onwards there should be more water available for supplying Cape Town itself.” - - Level 6B restrictions‚ the new regulation which limit people to 50 litres a day from February 1: “At present‚ residents are using about 350 million litres per day while other sectors‚ such as commerce‚ industry‚ government and large institutions‚ are using 250 million litres. The new target of 450 million litres is going to be a challenge‚ but it can’t be up to residents alone. Other sector users will need to do better. Control over water usage is likely to have the biggest impact in averting Day Zero.”

- New water projects‚ including aquifer abstraction‚ desalination and treated effluent: “These projects could add anything between 150 and 250 million litres per day to the water supply. They are ambitious projects and they are being implemented in a race against time. It is expected that the first of these projects – abstractions from aquifers – will be operational by the end of February.”

- It rains: “It might take three years to fully recharge the dams‚ but it would take only one major thunderstorm over the next 90 days to push Day Zero a little further out. In April 2005‚ for example‚ when the region was also in the grip of a drought‚ nearly 100mm of rain fell in the catchment surrounding the Theewaterskloof Dam. That single April thunderstorm saved the day.”

- Trust: “The days of procrastination have given way to plans and projects that deal with both the short-term crisis and a longer-term strategy. The experience and expertise of city officials in the Department of Water and Sanitation is starting to emerge above the political veneer and rhetoric. In addition‚ the city is drawing on experienced professionals and consultants who are advising on a range of water management strategies‚ including technical‚ financial and policy matters.” - Winter’s allusion to the need for professionals to take over management of the crisis was amplified by another commentator‚ veteran activist Patric Tariq Mellet‚ who said on Facebook: “The politicians’ role is one of giving background support and facilitation of resource mobilisation. The party political bickering all round by loudmouths must come to an end.”

Mellet proposed a meeting chaired by President Jacob Zuma and Deputy President Cyril Ramaphosa at which a professional disaster management team be appointed. “Likewise‚ we need a professional communicator who makes a distinction between political showmanship and communicating understandable and motivational messages to the public.

“Perhaps institutions of faith also need to be called upon to assist with communication which is going to be a vital component once taps run dry.”

Mellet suggested that Gift of the Givers founder Imtiaz Sooliman lead the team and former finance minister Pravin Gordhan be appointed to manage its financing.

“We may also look at structures that have a footprint in organising to reach every citizen and identifying bases in every community ... like the Independent Electoral Commission. We also may well need an organised volunteers’ brigade to assist. We really need out-of-the-box thinking‚ and this is not going to come from people besotted with party politics.”

Level-six water restrictions came into effect on January 1 2018. It is possible that the current restriction of 87 litres per person per day will be replaced with a 50-litre limit. Here’s how to u...

Mayor Patricia de Lille said the city council was replacing its unpopular proposed drought levy with higher tariffs and a punitive charge for anyone ...
News
4 years ago

Nomvula Mokonyane to fill in for Zuma

Minister of Water and Sanitation Nomvula Mokonyane will represent President Jacob Zuma at the inauguration ceremony of the President-elect of the ...
News
4 years ago

Pupils will start the year bringing their own bottled drinking water to at least one high school that is taking drastic steps to mitigate the effects ...
News
4 years ago
Next Article