ANC shocked by claims that initiates killed a woman 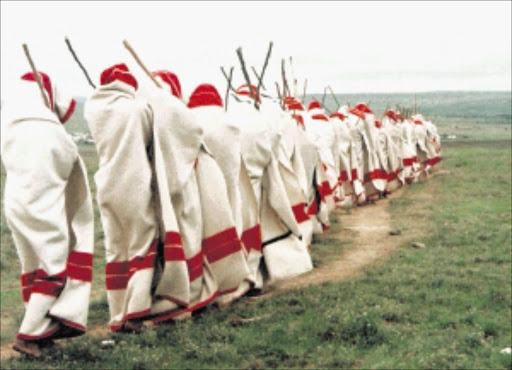 The ANC in the Eastern Cape has reacted with shock to allegations that initiates killed a woman in Berlin‚ 20km from King William's Town‚ this weekend.

ANC provincial chairman Oscar Mabuyane said the news was disturbing and hurtful. "Abakhwetha were in a process of being taught to protect families‚ women and those vulnerable in the society and not to murder them as alleged‚" he said.

Police have arrested five initiates aged between 16 and 20 after the murder of a 62-year-old woman in Mncotsho in Berlin at about 10pm on Sunday.

Cambridge police spokesman Captain Mluleki Mbi said the initiates were in their hut when they allegedly heard a woman's voice threatening the death of all initiates. She died after the initiates allegedly went out and attacked her with sticks‚ he added.

The initiates are expected to appear in the Mdantsane Magistrate's Court on Wednesday.

Mabuyane said: "The ANC in the Eastern Cape sends its deepest condolences to the family of the woman. We call on law enforcement agencies to do a thorough investigation on this matter so that we ascertain the details surrounding the death of this lady‚ who is a mother and relative to her family."