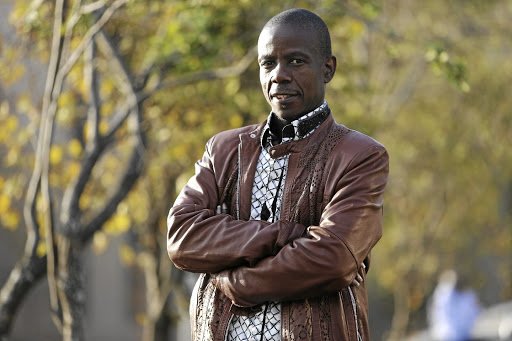 Baby Latoya‚ who died at Pastor Paseka Mboro Motsoeneng’s church in Katlehong on Christmas Eve‚ suffered a lot before she died.

According to Mboro‚ Latoya’s mother had looked for medical assistance for her child but had not received any help until she turned to him for help.

“On Sunday‚ a woman came with a child. The little girl was very weak‚” Mboro told TimesLIVE. “I asked what was the problem and I was told that she is dehydrated.”

Mboro said he noticed that this was more of a medical issue than a spiritual one and said the mother should take the child to the hospital‚ saying she needed a drip.

“She said at one clinic they had turned her down‚ saying they do not have the drip. Other clinics were closed and at one doctor‚ the child was given a drip and told she would need to be taken to hospital‚” said Mboro.

But without a referral letter from the clinic‚ the mother got no joy when she took her child to the hospital‚ Mboro said.

“The last door she knocked on was [mine]‚” said Mboro.

He said he had asked the congregants to call the ambulance‚ halting Sunday’s service to ensure that the child was attended to.

“A few people called but the time was passing and there was nothing so I instructed people to get out of the church and to start calling. I said if we cannot save the child‚ we cannot have the church [service].”

Mboro claimed that half an hour later‚ an irate team of paramedics arrived‚ saying they had received more than 50 calls from the church.

“They were very rude. This shows they are not trained to deal with traumatized people‚” he said.

Before their arrival‚ there was a time when baby Latoya had stopped breathing‚ Mboro said.

“They administered my water to her and I touched her chest and prayed. The mother was screaming saying‚ 'prophet help me'‚” Mboro said. “The child started breathing again and started to cry.”

Mboro said the paramedics had refused to enter the church and had instead instructed that the pastor carry the child out of the church. “At the time‚ the child was whispering her father’s name. I told the paramedics that the child is dehydrated and we may lose [her] but they said they wanted to speak to the mom‚ not me.”

According to Mboro‚ they questioned the mother about why she had brought the child to the church instead of to the hospital and she explained that she had tried everything but had been turned away.

Mboro said he had shouted at the paramedics‚ ordering them to give oxygen to the child. One of them‚ he alleged‚ threw the oxygen tank on the bed which now carried the limp child and it bounced off the bed and hit the mother on the leg‚ slightly injuring her.

“[The woman paramedic] said she would open a case of assaulting against me [for shouting at them]… She dealt with me. She handled me well. She showed me that she is the boss‚” Mboro said.

Eventually‚ he and the mother got into the ambulance and just metres away from the church‚ the child began to vomit and gasp.

“They stopped the ambulance saying they wish to check for a pulse‚” said Mboro.

The child had died.

Pastor Paseka "Mboro" Motsoeneng has described his "Bedroom Sunday" service at the weekend a resounding success.
News
4 years ago

TimesLIVE understands that the paramedics have since laid charges against Mboro‚ accusing him of manhandling them.

He has denied the claim. “No-one had beat the paramedics. Instead‚ an ex-councillor came and he was beaten after he arrived and called for my arrest.”

Mboro accused the emergency workers of trying to cover the failure to carry out their tasks by alleging that they had been prevented from doing so.

“Today‚ at 11am‚ I am opening a case at Alberton police station of culpable homicide with the mother. I am very much hurt and everyone is more concerned about the paramedics than the dead child‚” Mboro said.

He said he would help the mother in burying her child. “I have committed myself that we will cover where there is a need with my funeral services. There is a nine-hour drive that needs to be taken to the Eastern Cape [where the child will be buried].

“She is traumatised by the fact that not only is her child dead but now they are lying [about the circumstances]‚” Mboro said.