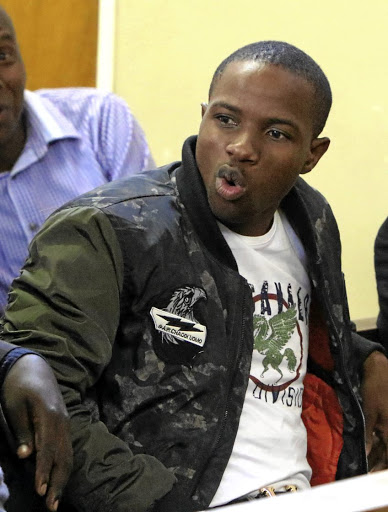 The case against the "Doom Prophet" is under threat of collapse after prosecutors called for another delay of the trial yesterday so that they can get the chemical analysis certificate of the type of pesticide he used.

The trial of preacher Lethebo Rabalago in the Mookgophong Magistrate's Court was then postponed to next month.

Rabalago, leader of the Mount Zion General Assembly Church in Zebediela, near Lebowakgomo, stands accused of endangering the health of his congregants by spraying them in their faces with a canned insecticide.

He was charged with violating the Fertilisers, Farm Feeds, Agricultural Remedies and Stock Remedies Act.

The Act prohibits the use of pesticides on humans. Images posted on social media showed spray's brand to be Doom. 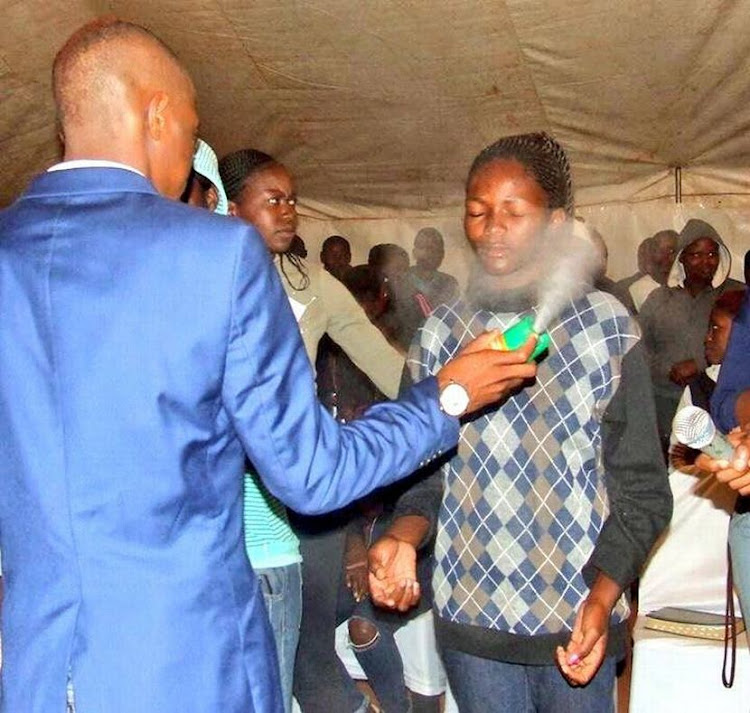 A church congregant sprayed with Doom

Images of Rabalago spraying congregants with the pesticide during a church service in Mookgophong went viral on social media in November last year, causing a public outcry.

Yesterday, Rabalago appeared in court wearing a camouflaged jacket and a pair of jeans. He cheerfully chatted with members of his congregation who had come to support him.

Some wore T-shirts with Rabalago's image and the words "Touch not the Anointed One", printed on them.

Prosecutor Chris Maruma said he needed time to sort out issues regarding the analysis certificate.

However, Rabalago's lawyer Edmond Lubisi said that he was ready to proceed.

Lubisi said the state was supposed to have issued the analysis certificate 21 days before court proceedings.

"The state had ample opportunity to prepare for the matter," he argued.

Lubisi said a further postponement would be unfair.

Two Limpopo pastors spent the weekend behind bars after being arrested for the alleged rape of two minors in separate incidents reported in the ...
News
4 years ago

A Nigerian pastor facing a string of sex crimes‚ had another count added to his lengthy charge sheet in the Port Elizabeth Magistrate’s Court on ...
News
4 years ago

Magistrate Frans Mahodi warned that he was granting the postponement [to December] for the last time.

"Because this is a matter of public interest, I am affording you the last opportunity.

"If the state is not ready [next month] the matter will be removed [from the court roll]," Mahodi said.

This is Rabalago's second case after the provincial health department sought an urgent interdict from the Limpopo High Court last year in a bid to stop him from further use of an insecticide on congregants .

The order barring Rabalago from using Doom or any harmful substance on congregants was made final in March.

Despite mounting criticism from civil organisations and the manufacturer of the pesticide, Rabalago has maintained that he was "following instructions from God".

His trial is expected to resume from December 11 to 14.