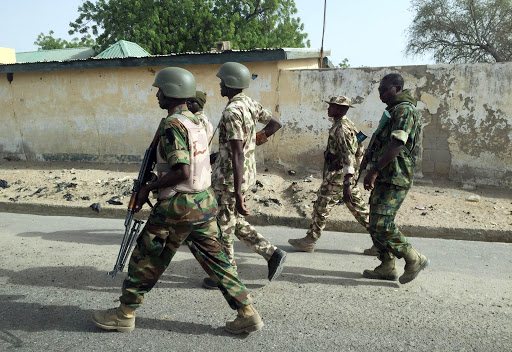 Forty-three cases of "sexual abuse, including rape and exploitation", were documented in July, HRW said.

The women and girls were housed at seven camps in Maiduguri, the capital of Borno state, where Boko Haram's seven-year insurgency began. That insurgency has displaced more than two million people and killed some 15,000 in Nigeria's northeast.

The rights group said it was also told of abuse carried out by camp leaders and members of security groups set up to help the military fight the insurgents.

Four people told HRW they were drugged and raped. Thirty-seven said they had been coerced into sex through false marriage promises and material and financial assistance.

A 17-year-old girl said she was raped by a policeman who approached her in a camp.

"One day he demanded to have sex with me. I refused but he forced me," she said, adding that it happened once. She said he threatened to shoot and kill her when she discovered that she was pregnant.

Another girl - a 16-year-old who fled an attack on Baga, near Lake Chad, last year - said she was drugged and raped in May 2015 by a community security group member in charge of distributing aid in the camp.

Boko Haram, which controlled a swathe of land in the northeast around the size of Belgium early last year, has largely been pushed back to its base in the northeast's vast Sambisa forest in the last few months.

Aid workers and soldiers have gained access to the group's former northeastern strongholds, revealing famine-like conditions which UNICEF says could kill 75,000 children over the next year if they do not receive aid.

Nigerian lawmakers in early October said they would investigate the use of government funds intended to assist displaced people, amid claims that money had been diverted .