Bucket system needs to be done away with, says minister on World Water Day 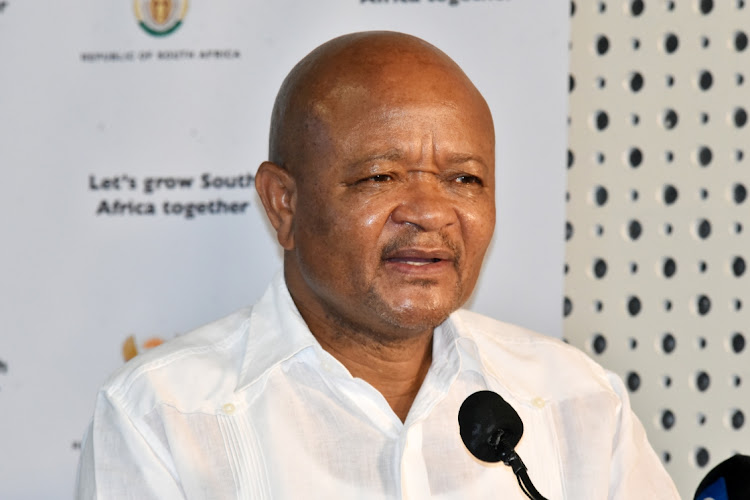 Water and sanitation minister Senzo Mchunu has committed to his department increasing the supply of water to households and businesses.

“Water is a fundamental human right, water is life, water is a necessity ... As a government, we have a responsibility to make this a reality for everyone,” Mchunu said.

He was speaking at an event marking World Water Day on Tuesday.

Mchunu said affordable and reliable access to enough safe water and hygienic sanitation for socioeconomic growth and wellbeing remained a priority for his department. They were also working hard to do away with the bucket toilet system which, he added, nobody should still be using in SA.

“As a department, we have acknowledged that our country’s water resources are on the decline in both quality and quantity. We are not the only country facing water quality challenges. The World Economic Forum Global Risks Report of 2019 says water and environmental concerns are more prevalent than ever.”

He touched on what he described as a growing problem of water pollution and referred to the Vaal River and Hartbeespoort Dam in the North West.

“There are 1,013 municipal WWTWs in the country and, of these, 544 (54%) have authorisations in place with 236 that are unauthorised or operate under expired authorisations. The department is progressing with verification of the authorisation status of a further 141 works,” he said.

According to Mchunu, the department has since 2014 investigated 598 cases related to WWTWs, mainly due to complaints by the public. He said enforcement action was taken by the department against municipalities found to have violated water legislation concerning treatment works. This included administrative, civil and criminal actions.

Mchunu said the Water Quality Management Policies and Strategies for SA (2017) identified pollution from wastewater treatment plants and mine operations as the main sources of pollution.

“Policies and standards to deal with pollution in these sectors are generally in place and the challenges facing the country are not due to policy gaps, but rather non-compliance,” the minister said.

He said the department was fast-tracking the activities of the anti-pollution task team to deal with all water quality pollution problems in the country.

“The objectives of the task team are to co-ordinate and integrate efforts for the management of water resources quality in SA. It will provide high-level guidance to ensure the protection of water resources and identify remedies to mitigate pollution affects. Compliance monitoring and enforcement is one of the key tasks.”

The widespread water outage that has been plaguing Johannesburg’s southern suburbs for several days is expected to be resolved soon, with recovery to ...
News
2 months ago

'No-one will get away with criminality': Senzo Mchunu warns dodgy officials

Water and sanitation minister Senzo Mchunu says there is no need for improper expenditure and negative audit outcomes when the ministry and senior ...
News
2 months ago
Next Article