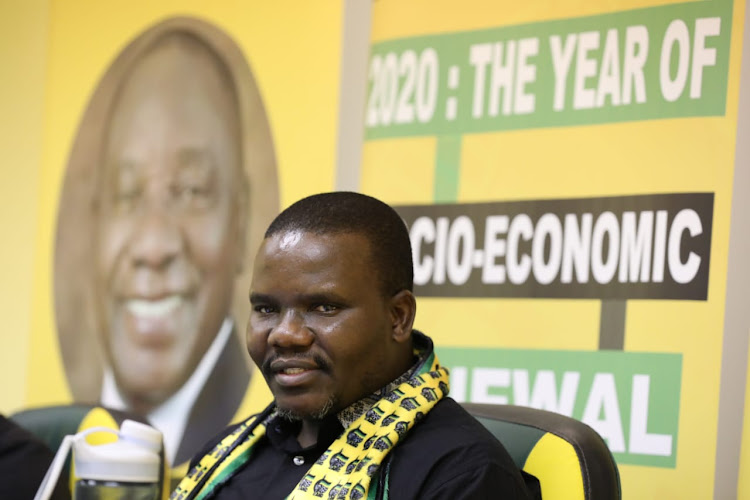 KwaZulu-Natal ANC secretary Mdumiseni Ntuli said the ANC in Mtubatuba, "frustrated by poor leadership, decided on their own to take power from the IFP".
Image: Sandile Ndlovu

The ANC in KwaZulu-Natal has rallied behind the power grab that took place in Mtubatuba, despite claiming they did not know and did not endorse the ANC councillors' decision to take over the local municipality.

Thobelani Ncamphalala of the ANC was recently elected mayor after a vote of no confidence in the IFP's mayor, Velenkosini Gumede, was passed.

The ANC provincial executive committee and the Far North region, under which Mtubatuba falls, said at the time they were not informed about the Mtubatuba councillors' actions.

However, after meeting with its caucus in Mtubatuba, the party has changed its tune.

“We were not happy that comrades, without being guided by the ANC, deployed themselves into responsibilities at Mtubatuba local municipality. However, when they explained it to us, which is what we explained to the IFP, the power was on the table. There was an absolute vacuum [of leadership],” said provincial secretary Mdumiseni Ntuli.

The Mtubatuba municipality has been in the hands of the IFP since the 2016 local government elections, with the help of the DA, EFF and African Independent Congress.

At the time the move looked as if it would cause an upset in Johannesburg, where the IFP supported the ANC to install its mayor.

The parties reached an agreement last year to work together in hung municipalities in KwaZulu-Natal in exchange for the IFP's support in electing Geoff Makhubo as mayor of Johannesburg. IFP insiders at the time said the party perceived Gumede's removal as a breach of the agreement.

However the ANC has come out defiant.

“The ANC in that municipality, frustrated by poor leadership, decided on their own to take power from the IFP. When they took that decision they were assisted by councillors of the IFP who themselves admitted they have failed to lead and would rather give the ANC governance there,” said Ntuli.

He said the IFP had worked “very hard to hand over power to the ANC”.

Ntuli accused IFP leader Velenkosini Hlabisa of using the [former eThekwini mayor] Zandile Gumede matter to “grandstand rather than worry about the municipalities governed by the IFP which are collapsing”.

The IFP had indicated it would ask the high court to set aside the swearing in of Gumede as a member of the provincial legislature.

“If I were him I would worry about the few municipalities I govern. He needs to excel in the little they have, not grandstand on the issue of comrade Zandile. He must not worry about the ANC,” said Ntuli.

The ANC asked Gumede to step aside while its provincial integrity commission looks into her matter. She has appeared before the commission and the provincial leaders said they were awaiting a report.

KwaZulu-Natal Cogta MEC Sipho Hlomuka has stepped in to try resolve the standoff between councillors of Mtubatuba municipality which has led to a ...
News
1 year ago

Barely a month after recovering from Covid-19, a senior ANC KwaZulu-Natal leader is in hot water after she was seen in a video allegedly distributing ...
News
1 year ago
Next Article