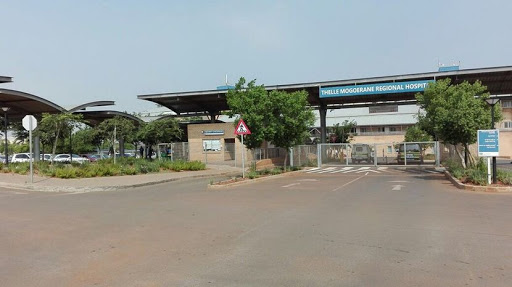 These are some of the horror stories coming from the R1.7-billion Thelle Mogoerane Hospital in Vosloorus, Ekurhuleni.

"We are another Esidimeni waiting to happen. Sometimes there are just two nurses looking after 45 patients in a ward," said a senior nurse, who spoke on condition of anonymity.

The source, a long-serving nurse at the hospital, said sewage spillages had become very common as they happened at least once every two weeks since September.

"Food still gets served to patients despite there being sewage in the main kitchen of the hospital because there's a serious shortage of food.

"These are some of the issues we have here, soft porridge without sugar gets served to patients as supper."

Nomonde Mqhayi-Mbambo, the hospital's CEO confirmed there was a sewage spillage in their kitchen, however, she said it had been resolved. "The kitchen had a sewage blockage due to fat being trapped last month and this has been resolved by the department of infrastructure and they are continuing to monitor it."

When Sowetan visited the hospital we found:

The 821-bed hospital, that opened in August 2014, seemed to be descending into a chaotic state that mirrors its predecessor, the old Natalspruit Hospital.

On Tuesday, staff members chased out management, disrupting operations and prompting the Gauteng health department to obtain a court order.

Staff said they blamed under-staffing for several incidents, including a 27-year-old patient who hung himself inside a ward.

"There are always fewer nurses than what's required because our management is just abusing interns instead of filling vacant posts," a nurse said.

To add to the hospital's woes, security guards abandoned their post s and went on strike due to non payment over a week ago, and only returned on Saturday .

DA Gauteng health spokesman Jack Bloom said: "I think this hospital is in a crisis mainly because of terrible management ... the security issue is a simple matter to address; just pay the service provider."