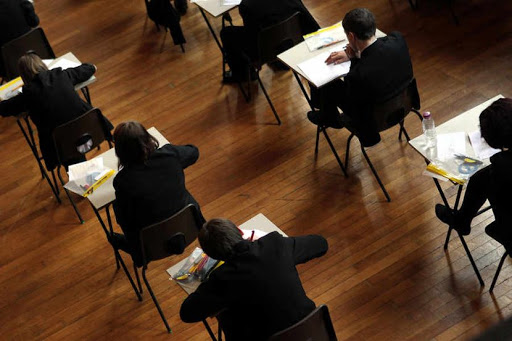 It will be more difficult for pupils writing their final matric exams to cheat this year as tight measures are being implemented to prevent any leaking of papers.

Last week‚ the Western Cape Education Department released details of its own measures that will be taken to prevent exam papers being leaked.

The department said the vault‚ which contains the examination scripts for the 2017 NSC‚ is under strict security surveillance to ensure that there are no possible leaks or irregularities.

Among the measures taken by the Western Cape department of education are:

A smart locking system tracks the position of every key via GPS‚ to ensure that school principals only open the container at the specified venue at a specified time. The system tracks every step of the process and signals an alarm if it detects any deviation from the scheduled process. The advantage of the GPS-based system is that the department can respond to alarms in real time‚ in addition to standard checks that form part of each step in the process of managing the examinations.

These measures announced by the Western Cape department of education come after the national Department of Basic Education presented its readiness programme before Parliament in September.

In its presentation‚ the department said it is confident of running credible and efficient examinations.

To avert the leaking of 2017 question papers‚ Mweli said all 212 storage points across the country have been audited to ensure compliance with the minimum security standards.

The director for examinations‚ Priscilla Ogunbanjo‚ told the Portfolio Committee that the education sector had adopted a principle of “just-in-time” printing to reduce the risk of storing printed question papers for too long.

Final examinations start on October 24 and end on November 29 2017.

Minister of Basic Education Angie Motshekga will announce the outcome of the 2017 NSC Examinations on January 4 2018.