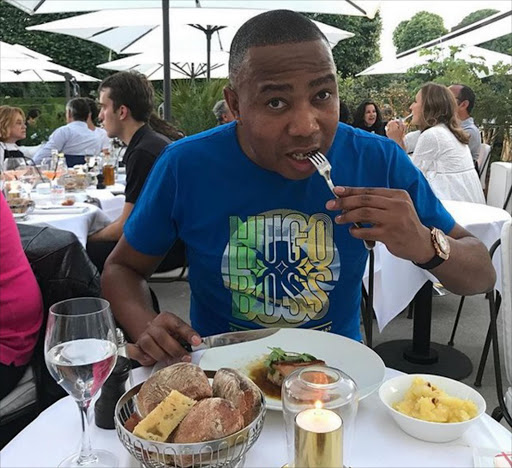 An eye-witness claims that deputy higher education and training minister Mduduzi Manana also trampled and kicked the woman whom he allegedly slapped in a late night club fracas.

Manana appears to admit‚ in a telephone recording that has gone viral‚ to slapping a woman at Cubana in Fourways‚ in the north of Johannesburg‚ in the early hours of Sunday morning.

SABC journalist Lumko Jimlongo‚ however‚ said in a televised interview on Monday morning that the altercation involved more than a slap.

Jimlongo‚ who arrived at the club with friends between 2:30am and 3am‚ heard a fracas at a nearby table where the deputy minister was sitting.

Manana‚ he said‚ had struck a woman in a “fit of rage” as she was walking towards the exit. “She fell on the floor and I can honestly not say she fell because of the blow or she slipped‚” he told SABC news.

“But she fell and then he proceeded to trample — he put his foot‚ he kicked her and then his foot was on her head‚ on her body‚ everywhere‚” he alleged.

He claimed that bouncers at the club just stood and watched.

“Chief‚ you can’t do this‚” Jimlongo told the deputy minister when a group of people tried to intervene while he was “pulling her by the hair while she was still on the floor.”

Manana asked who the hell Jimlongo thought he was.

“He’s being a bit economical with the truth … it did not end with a slap across the face‚” said Jimlongo.