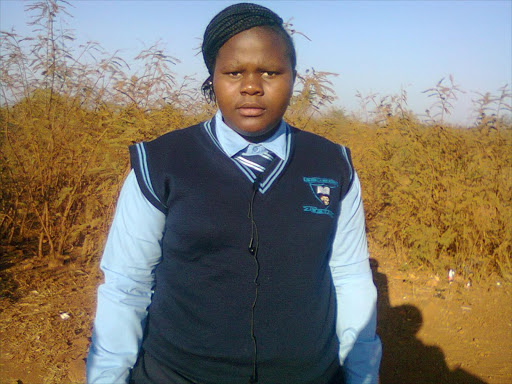 A Limpopo mother says she fears for her life after her pregnant teenage daughter was gunned downed at their home in Xikundu v illage in Malamulele five days ago.

Beanice Malebana, 19, was killed on Wednesday night after unknown people broke into her home and shot her multiple times before fleeing the scene.

The Grade 12 pupil from Jim Chavana High School was seven months pregnant at the time.

Rejoice Malebana, 42, said she would not find closure until her daughter's killers we re arrested.

She had managed to escape the shooting by running out of the house and hiding in the yard.

"I know for a fact that I am not safe. I want the police to prove me wrong and work harder, not only for my daughter but for all the women and children that are being killed in this country."

Malebana recalled how she had spent a lovely evening with Beanice after the teenager had cooked supper for them before the incident happened.

"I cannot speak about the events of that day because I am tired of crying. I have cried too much and I know that my daughter would not want me to cry like this."

Malebana said she had no idea who would want to hurt her family.

"I have been praying day and night for the people who did this to come and explain why they killed my daughter.

"I want answers," she said.

Malebana described her daughter as a loving person who was dedicated to her studies and was looking forward to going to university after matric.

She said Beanice's boyfriend, a fellow Grade 12 pupil, was shaken by the ordeal.

She said her daughter had a good relationship with the father of her unborn child, who was due in September.

"He is traumatised by all of this."

Malebana said her daughter was looking forward to being a mom and had already named her unborn child Hope.

She said the name was symbolic of all Beanice's hopes and dreams for the future.

The teenager wanted to take her mother on a trip to Israel and buy a house for the family in Polokwane.

"My daughter had dreams. She was my best friend and my pride. Now a stupid person has taken all of that away from me," Malebana said.