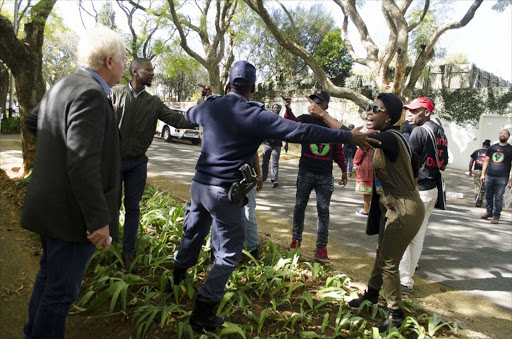 The South African National Editors’ Forum (SANEF) is to apply for an urgent interdict to stop Black First Land First (BLF) from harassing and intimidating journalists.

“… our message to them is that they must repent‚ ask for forgiveness from black people for being used by white monopoly capital. They must stop their askari tendencies or face the possibility of being mistaken for white journalists‚” BLF warned.

On Saturday‚ News 24 Adriaan Basson tweeted that the organisation was now threatening to go to the house of Katy Katopodis‚ updates editor at Eyewitness News (EWN)‚ and that SANEF was now preparing its interdict application.

“So‚ we are no moving on to apply for an interdict to stop BLF from harassing the journalists listed‚” Kabwato said.