Malicious forces out to destroy the successful Midvaal 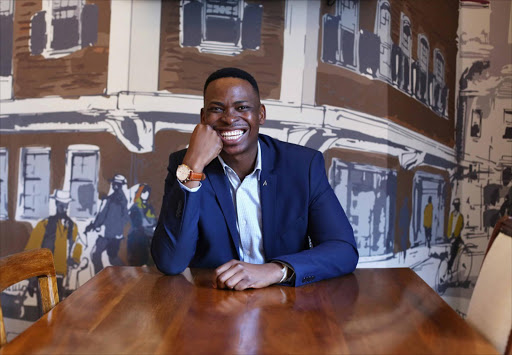 In his book, If Mayors Ruled the World, Benjamin R Barber writes that if the people of the world are to be rescued, "the city rather than the nation-state must be the agent of change."

While national identity is important, Barber is correct to observe that ordinary people live, work, play and worship in a municipality - not in the mega-entity called the nation-state.

A resident of Sicelo or Meyerton may be a proud South African, but he or she wants to know what the municipality in Midvaal is doing to improve the quality of life.

This is what it means for towns and cities to be the agents of change. Change is felt and experienced by ordinary people in their localities.

But events at the national level have an impact on the daily affairs of people at local level. Indeed, residents of Midvaal, like those of other municipalities, do feel the consequences of irresponsible decisions by national leaders.

In the eyes of the world, the good deeds of our municipality sometimes get submerged in the negative image created by a national leadership that is doing everything to destroy the nation-building spirit of 1994.

The people who are destroying our country mention President Nelson Mandela's name all the time in their political speeches, but we know that their words are hollow because in reality they are doing everything they can to dishonour him. They are spitting on his grave.

The institutional pillars of our young democracy are being shaken up so violently that only a few remain standing.

Many South Africans now feel as though the courts have taken over the leadership of our country. This is because frustrated citizens see the judiciary as their last line of defence against politicians who take wrong and illegal decisions.

The impact of political unrest at national level is beginning to be felt at local level. The recent downgrade of our sovereign credit worthiness by international ratings agencies will have a direct impact on the lives of ordinary people.

In a sea of political darkness, Midvaal glitters like an approaching light to a shipwreck survivor who is swimming against violent waves. The hope that Midvaal inspires is not different from the sight of the Vaal River when generous rains replenish it after a devastating drought, bringing hope to the whole of Gauteng.

Every year, the auditor general announces yet another clean audit for the municipality. This means Midvaal accounts for every cent of ratepayers' money.

Our success has caused malicious forces to work towards the eradication of Midvaal as a stand-alone municipality. One can't help but ask: Why do you want to fix what is not broken?

Our people stood with us to fight the Demarcation Board and defend their municipality. We are aware that the Gauteng provincial government still harbours nefarious political plans to destroy Midvaal.

Midvaal is not a small, poor, rural municipality with limited potential. The smallness of size does not mean the littleness of purpose. We know from experience elsewhere in the world that small places can do big wonders. City-states like Singapore have achieved the kind of social and economic progress that big countries can only dream of.