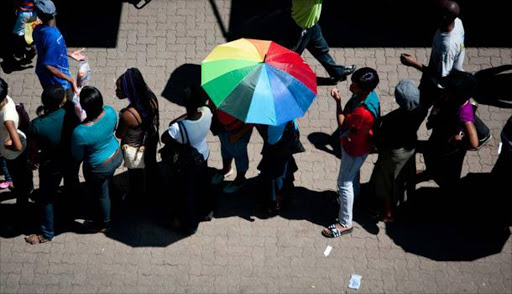 “Financial inclusion” has hit the headlines in South Africa in the wake of a scandal over the distribution of social grants.

Mounting evidence suggests the controversial company at the centre of the storm, Cash Paymaster Services (CPS) and its ancillary firms, targeting grantees to “cross sell” other financial products.

The company has consistently denied acting illegally and one of its key investors, Allan Gray, asserts that no wrongdoing has been formally proven. Significantly, both have invoked the idea that CPS is delivering “financial inclusion” – a term that’s come in for a fair amount of abuse over the past few decades.

“Financial inclusion” typically encompasses providing formal financial services – such as banking, loans and insurance – to poor people who have traditionally lacked access to them. The virtues of financial inclusion have long been an article of faith among policymakers.

But in a country like South Africa which has a relatively poor record of consumer and data protection, and a tradition of “cowboy capitalism”, it can easily entail little more than “capture”. There’s a great deal of evidence that poor people’s earnings and bank accounts are viewed as fair game for plunder by rapacious commercial interests.

Wages and salaries have been treated in this way for a long time. But the payment of grants directly into bank accounts opens up new frontiers for exploitation through a range of improper deductions. This include payments for funeral policies, micro-loans, mobile phone airtime and prepaid electricity, to name a few. This ability to “cross sell” to social grant recipients has arguably been the real prize for corporate interests such as CPS.

Providing access to appropriate and cost effective savings and credit instruments is a laudable developmental objective. But, in South Africa as elsewhere, it’s the actual practice that frequently proves problematic.

The way in which CPS has used its grant distribution contract to extend its ancillary financial offerings is a case in point.

CPS maintains it has acted legally, and indeed an earlier consumer tribunal hearing cleared it of wrongdoing. But increasingly evidence suggests that various subsidiaries of its parent company have used their position to peddle a range of financial products to grant recipients. These practices are enabled by the CPS’s proprietorial grip on the data of 11 million social grant recipients, and its privileged access to the secure monthly flows of welfare payments into grantees’ accounts. The profits from these sales exceed the fee CPS receives from the government to distribute the grants.

Even where some of their practices may not have been technically illegal, they remain ethically problematic.

Financial expropriation and the poor

Increasingly, “financial inclusion” is a cosy-sounding term masking what economics professor Costas Lapavitsas calls “financial expropriation”. He describes this as the extraction of value, not from employees or productive processes, but from the realm of circulation and redistribution. Individuals and households increasingly serve as a source of profit for the financial system, quite independently of their status or role as “workers”.

CPS’s behaviour is one of many instances of “financial expropriation” in South Africa. In a prelude to the current crisis, two of South Africa’s largest insurers (Sanlam and Lion of Africa) sought to directly deduct funeral premiums from social grants paid to minor children. When the state imposed a moratorium on the deductions, corporate interests lodged an appeal in the Constitutional Court, but the state ultimately prevailed.

Excesses and abuses in this space are difficult to regulate, and attempts to do so have often been ineffectual or make matters worse. For example, South Africa liberalised its credit market in the 1990s, lifting the interest rate caps on small loans. The result was that poor people were drawn into formalised credit relations, and the micro-loan industry mushroomed.

Within a decade there was evidence of soaring indebtedness and reckless credit extension. Between the early 1990s and the end of the first decade of the 2000s, debt-to-income ratio in the country rose to 86.4%.

These concerns, among others, led to new legislation and the 2007 implementation of the National Credit Act (NCA). The act reduced interest rates, but the credit industry soon responded by disguising costs (and profits) in various ancillary charges and costs. One of these, the frequently mis-sold credit life insurance has, a decade later, been subject to tighter regulation.

But financial services regulators – caught in an endless cat-and-mouse game with powerful commercial interests intent on profiting from the poor at any price – have often proved ineffectual.

In a recent case, a coalition of public interest lawyers, philanthropic interests and private sector debt counsellors – not regulators – challenged abuses. The case involved contesting the abuse of “garnishee orders” to collect debts directly from bank accounts. The case resulted in a Constitutional Court judgment in which some of the worst practices illegitimately used by creditors for extracting payment were outlawed.

Similarly, the CPS case was brought to the Constitutional Court by not-for-profit organisations, against the state. The court gave CPS another 12 months to run the disbursement of social grants. But it will do so under strict surveillance aimed at curbing earlier dodgy practices.

This is an outcome which promises to temper the worst excesses perpetuated on social grant recipients. But powerful vested commercial interests, patchy regulation and enforcement, and uncritical enthusiasm for “financial inclusion”, suggests they may well not be the last.

- Deborah James is Professor of Anthropology, London School of Economics and Political Science