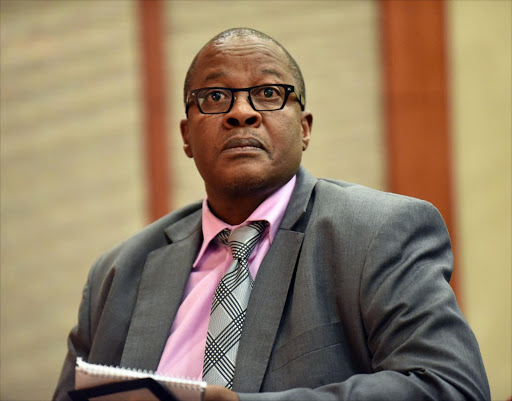 Confusion over embattled former Eskom chief executive Brian Molefe continued yesterday with his ANC branch leaders chasing away a branch secretary who rejected the claim that Molefe was a branch member.

It also emerged that Molefe was an ANC member of a branch in Irene, Centurion, Tshwane metro.

Molefe will be sworn in as member of parliament as soon as his appointment is gazetted and the next gazette is only coming out on Friday.

Yesterday, Nonceba Mhlauli from ANC chief whip Jackson Mthembu's office said: "Nothing has been reversed. The issue is that we are yet to receive confirmation of a date in which it will happen."

Molefe's debacle is an indication of how a dominating faction of President Jacob Zuma are pushing to have him in cabinet finally.

Yesterday, the ANC North West ward 29 branch held a media briefing where it pulled out a membership application form purported to be Molefe's to prove that he was indeed a member.

This happened after branch chairman Bethuel Mmutle and other leaders had blocked branch secretary Christina Malulu from attending the briefing. Her sin is that she wanted to expose that Molefe was not their member and she had never seen him before.

"They chased me away because I was going to say what they do not want to hear," she said.

"I was nominated secretary in 2012. Ever since I have never seen Molefe. I only saw him in the news over the Eskom problems.

"I have never received his membership form as the branch secretary."

Malulu also alleged that the provincial executive committee under the leadership of Supra Mahumapelo establishes parallel structures if "you do not agree with things they do".

She further alleged that most people that were at the media briefing were not members of ward 29.

Mojapelo, however, later did an about-turn, saying Molefe was in the process of moving from the North West to Irene. But ANC North West secretary Dakota Legoete said Molefe had always been a member of the ANC in North West.

He also said it was possible for him to be a member of the ANC in Hartbeesport as well as Irene.

This raises further questions about the process followed by the party to instal Molefe as an MP. He resigned from Eskom late last year in a bid to clear his name after former public protector's State of Capture report highlighted his close ties to the controversial Gupta family.