Abuse of homosexual students on the rise 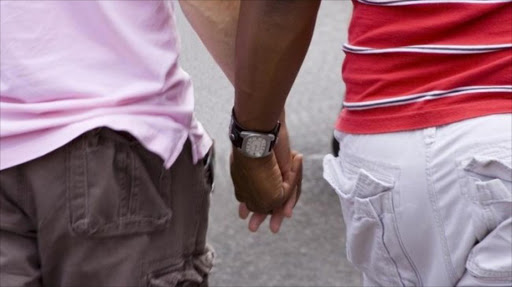 Bullying and abuse of gay students in schools "are on the increase" in South Africa.

This was said by Gays and Lesbians Network director Anthony Waldhavfem yesterday, after news of two gay students being kicked out of a public college and school.

"Teachers and school officials are often behind the abuse. Government has a long way to go to resolve this issue because it's happening in many schools across the country," Waldhavfem said.

"We are not going to sit down while our people are being abused for their gender status."

He didn't give us figures on how many cases have been reported.

Bheka Khanyile, 20, was barred from attending classes, allegedly because of his "satanic" gayness and for refusing to wear male clothes.

He said he was wearing a pair of white skinny jeans and white long sleeved T-shirt at the time of the incident.

Khanyile, from the village of Hopewell in Pietermaritzburg, who is a second year student in office administration at eThekwini Coastal College, was on Monday told to go home and not come back for allegedly "spreading the devil's work" at the institution.

He said he was humiliated by two lecturers, who told him in front his schoolmates that he was "an abomination" and a "disgrace before God".

After the humiliation he went to report the matter to management and the Student Representative Council. Khanyile claimed to have received harsh words and was allegedly told "to come back to school only when I was ready to become a real man".

He said that he was specifically told to come back when he was ready to wear male clothes as he was a boy.

Khanyile said lecturers have been making discriminatory remarks to him since last year. He said on one occasion he was called by one lecturer to the front of the class and made fun of about the clothes he was wearing.

"Since then I never felt comfortable attending school because other students laugh at me.

"I was once kicked out of the class just because I was wearing revealing woman's T-shirt and shorts," he said.

Khanyile's mother Nonsikelelo said she was very disappointed by the abuse directed at her son.

"Last year he told me about lecturers mistreating him at school but I didn't take him seriously because I thought it was just intimidation as he was still new at the institution. I want those lecturers to pay for what they did," she said.

A woman who answered the headmaster's telephone said, before cutting off the line: "We are not going to comment on that, and how did you get that? No comment."

Waldhavfem said Khanyile had reported the matter to them.

In a separate incident, lesbian pupil Nokwazi Shelembe, 18, of Richmond village, KwaZulu-Natal Midlands, was expelled on Tuesday from Ndala High School after she refused to wear a skirt.

"The school principal said I must go home and wear a skirt since I was a girl. I told him that I could not wear a skirt because I have never worn one in my life," Shelembe said.

"She was wearing a school uniform. Did it matter whether it was a trouser or skirt?," asked the pupil's mother Sizakele Shelembe. "How could they deny her time to attend classes just because she is lesbian?"

Shelembe believed she was expelled because of homophobia.

Provincial education department spokesman Kwazi Mthethwa said: "As a department we are going to order the principal to take back the pupil. We condemn and won't tolerate any discrimination or any sort of abuse against LGBTI students in schools."

Mthethwa said the department would send its officials to the college to verify the Khanyile incident.

"Expelling a student because of his or her gender status is completely against the constitution of the country," he said.